In 2014, NASA found a way to get people excited about collaborating on a creative project it called the Global Selfie. By gathering photos that people posted of their environment, NASA created a mosaic of the entire world. The result is pretty incredible.
http://www.nasa.gov/content/goddard/2014-globalselfie-wrap-up/#.V9blJjtfSF5 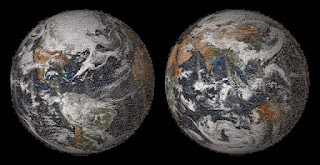 Want to find fresh talent and build brand awareness at the same time? That's exactly what Marc Jacobs did when he sought out to find the face of his new contemporary label. For the chance to star in the fashion icon's next campaign, all you  had to do was share a photo of yourself on Twitter or Instagram with the hashtag #CastMeMarc.  Marc announced the winner of his online casting call from his personal Twitter page. 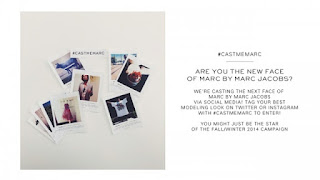 The Ice Bucket Challenge is now considered one of the legendary social media campaigns of all time after using a simple (but unpleasant and hilarious) challenge to raise over $115 million dollars for a disease that most people had never even heard of.
What helped propel the virality was the fact that people were publicly challenging their friends and family on social media, which made them more likely to get involved than someone asking for a retweet.
http://www.alsa.org

Kraft Foods A.1. |For Almost Everything. Almost.

Kraft Foods has decided to re-brand A.1. by removing "steak" from their name and encouraging people to use the sauce on almost everything.
The posted this screenshot of their Facebook fan page changing their relationship with steak to "it's complicated."
Consumers can be resistant to a re-branding if your product has been solidified in their mind as one thing, but using humor and social media is a great way to build awareness and get people excited.

To build hype for their upcoming movie, the marketing team behind Ant-Man placed tiny billboards in Australian cities.
Naturally, people reacted in the only way you would expect in 2015 when seeing something out of the ordinary, they posted pictures of it on social media. This is a genius way to get people talking about your brand, without asking them to. 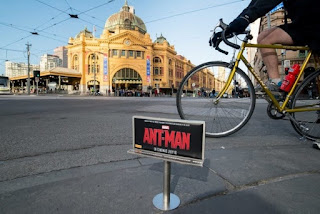 
A great way to get people excited about your brand is to offer them the chance to experience something unique. With #treehousetuesday, Airbnb features photos of actual listings in their service that allow you to spend the night in a real-life tree house. Judging from the engagement on this photo, I'd say it's working well for them.

Head any direction from this Washington state treehouse, and you’ll find something extraordinary to explore. A five-mile stroll north gets you to quaint village-within-the-city Fairhaven, find the majestic Skagit River Valley 20 minutes south, head east for the waterfalls of the North Cascades, or venture west to board a ferry to the San Juan Islands. #TreehouseTuesday Click the link in our bio to check out this listing's nature-inspired design. Photo cred: @moneal
A photo posted by Airbnb (@airbnb) on Apr 26, 2016 at 5:19pm PDT

Offbeat Bride is a wedding website that brings high-quality content curation to social media -- pinning their own content and other useful content for their followers to explore.
Their Pinterest account is a must-follow for brides-to-be, providing ideas for engagement photos, wedding venues, dresses, and much more, along with some of the most creative wedding ideas you've ever seen.
While more of an every practice than a campaign, their sharing attracts a great deal of fan attention and interaction.

Who could forget the star-studded selfie from the 2014 Oscars that received 1 million retweets in 45 minutes? While this isn't technically a campaign, it was a great accidental social marketing by Samsung. 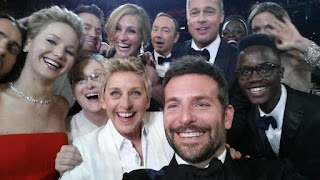 
To celebrate 30 years in Japan, this week, Diesel created a shoppable video that was shown ahead of its FW16 runway show in Tokyo.
The cinematic short, titled “Road to Tokyo,” follows several Diesel models around the capital as they prepare for their catwalk appearance.
In the film, icons appear over the models. Once clicked, these display the different items they are wearing. Users then have the option to save them to a personal “look book” or follow a link to buy on the Diesel store right there and then.
Part of its #forsuccessfulliving campaign, the video is unusual in that it aired ahead of the catwalk — meaning users had an earlier peek into the collection to “see-now-buy-now” before the press and attendees. This is a trend that’s featured heavily in New York Fashion Week.


This might be difficult for most companies to pull off unless you have a large enough budget to make room for these special effects. As part of Pepsi's #livefornow campaign, they created this incredible bus shelter in London that's designed to get funny reaction from people. This is one you really have to watch.
at September 12, 2016 No comments:

Doritos utilizes two great strategies in this campaign: highlighting user-generated content and building off of the buzz from a huge event -- the Superbowl. This social media contest allows fans to submit their Doritios commercials and the winner gets their video on TV during the Superbowl, along with other cool prizes.

A lot of brands are undecided on how to leverage Google+, because it doesn't fit neatly into one category of social media. However, Kohls has found a way to leverage the popularity of influencers to promote their Peter Som line of clothing on Google+ -- while still keeping it fun for the fans. 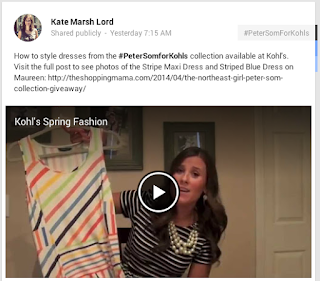 Banks and other financial institutions generally don't do a great job of connecting with people through social media. (Amex is the notable exception.) However, CaptialOne does a great job of consistently posting snappy and relatable content on their LinkedIn page. This is a reminder that "serious" businesses can get away with keeping it casual on social media. 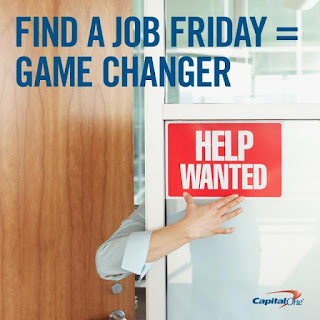 Sugar Pop Wishes shows you can position your brand around nearly anything to increase brand awareness -- in their case it's around their signature blue. Instagram users posts tens of thousands of photos with the hashtag #tiffanyblue and many of the blue items have nothing to do with Tiffany.