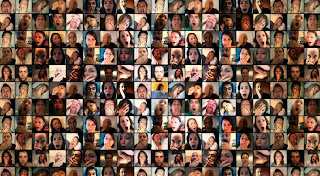 Marketers like dealing with universal human truths. You can normally rely on the insight section of a case study to feature phrases such like “people like to upload and share content”, “visitors want to engage with their favourite brands” and the awards-season favourite: “Young people love music”.

Another universal truth, and one that has been recognised by Philips, is that people generally dislike getting up in the morning. Philips has attempted to offer an alternative to early morning alarm clock in the shape of its Wake-up Light, a kind of bedside lamp that supposedly mimics the effect of a natural sunrise.


Philips recognised that people generally dislike getting up in the morning. Philips has attempted to offer an alternative to early morning alarm clock in the shape of its Wake-up Light, a kind of bedside lamp that supposedly mimics the effect of a natural sunrise.

The light was tested last year in the Norwegian town of Longyearbyen, where there is no sunshine for three months of the year, and its effect on the community was recorded in an excellent short film by Doug Pray. But while the lamp had demonstrated its effectiveness in the Arctic, a more relevant angle was required for the European consumer.


The 'make me a morning person' campaign kicks off late-September with a recruitment drive to search for the world's worst grumps, snoozers and zombies. Consumers can nominate themselves, their friends and family, or even a colleague, on Facebook to take part in the challenge. They can also take a quiz on Facebook to find out which of the seven morning types they are - The Grump, The Grunter, The Snoozer, The Zombie, The Corpse, The Early Bird or The Chirpy. Hundreds of entrants will then be selected to receive a Philips Wake-up Light and take part in the 21 day challenge.

The social experiment
From mid-October 2011, participants of the challenge will chart their progress via the dedicated iPhone 'Wake-app' that has mini-games to test them on alertness, mood and ease of getting out of bed, and will determine whether a 'non morning person' has truly become a 'morning person' by waking up naturally with the Philips Wake-up Light. The mini-games were designed with the help of Philips light therapy experts and the Wake-app is the first consumer-facing app to feature tests undertaken in sleep laboratories and clinical studies. Non-participants can also download the free iPhone app and take the challenge themselves.
The Longyearbyen experiment