FarmVille will introduce its first ever sponsored crop- Peanuts!


As a sponsored FarmVille crop, Peanuts will feature a popular Israeli candy brand of  ”Elite Taami Nutz” which is a chocolate bar filled with peanuts.


We recently featured Peanuts on FarmVille Freak as an Unreleased item. The Elite candy company’s website displays a countdown showing farmers will have the opportunity to grow Peanuts as early as next week, with a projected debut date of April 14th. Their advertising company, Saatchi & Saatchi , also confirms this release date. In addition to the Peanut seeds, there will also be a farm competition where farmers are asked to use the crop creatively in the design of their farms.


The Peanuts are rumored to cost “20 credits to buy, sell for 78 credits and can be harvested in 16 hours”. We are assuming, they are referring to credits as FarmVille coins. (Source: Mashable) 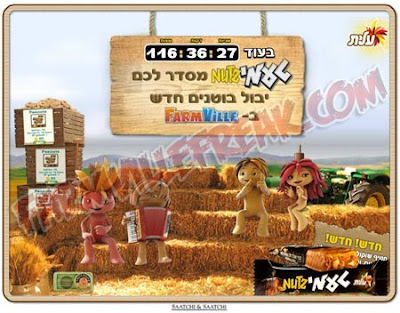 With an audience of over 82 million users, FarmVille has the potential to reach an enormous audience. In-game advertising may not be new to gaming, but it will be interesting to see what Zynga’s FarmVille can do with partnerships or sponsoring of commercial marketing campaigns! 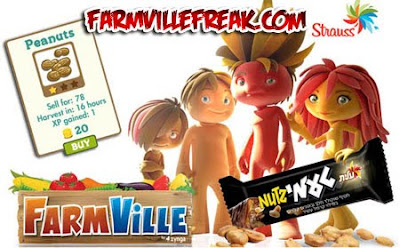