It is not funny to text while driving

Email ThisBlogThis!Share to TwitterShare to FacebookShare to Pinterest
Labels: PSA 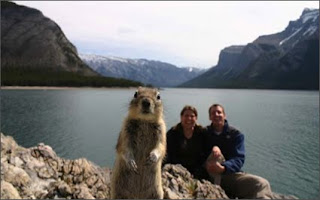 It started as an Internet photo post , which went viral, of a Minnesota couple with a squirrel..

Melissa and Jackson Brandts were on vacation at Banff National Park in Canada, snapping photos of themselves when a curious squirrel decided to hog the camera for himself. The photo was entered into a National Geographic contest and gained instant notoriety for the couple, who have since appeared on several national morning shows.

American Airlines is citing the photo as a reason to re-air the spot below, which first ran in the spring, featuring an annoying director making an ad about Parisian squirrels who ride bikes. And they're not just bringing the ad back. The airline has also sent out a goofy press release that says it's launching an "investigation" into the identity of the Banff squirrel.

Sensing that there could be a golden acorn in it, American will rerun its squirrel ad starting in September and sent out a news release that is probably the most humorous ever sent from Amon Carter Boulevard.

"There was no indication that he [the squirrel] was planning to use American Airlines as a springboard to launch a new phase in his career," said Dan Garton, executive vice president of marketing at American.

Since he popped up in Banff, maybe he's Canadian." Seems a bit much. In any case, American aren't the only ones trying to capitalize. Banff and Lake Louise Tourism has already set up squirrel accounts on Facebook and Twitter.

Email ThisBlogThis!Share to TwitterShare to FacebookShare to Pinterest
Labels: Travel/Airlines 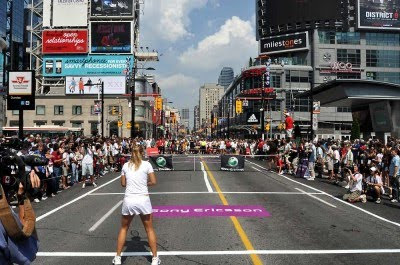