when someone was looking at the billboard 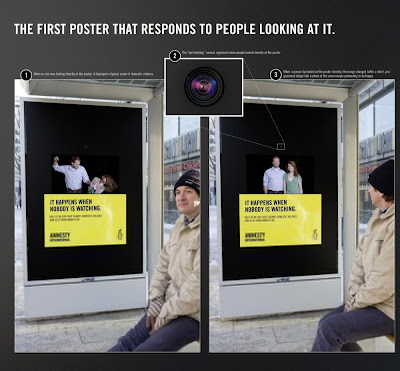 Amnesty International has a long track record of producing hard-hitting ads, and continues the trend with its latest campaign against domestic abuse in Germany. Violence in the home often goes unnoticed or ignored by friends and neighbours, even when it is happening right under their noses. Victims and abusers have a tendency to present a united front in public, and Amnesty wanted to remind people to be more vigilant and aware of the issue.

Amnesty created an interactive billboard that tracked eye movement at a bus stop in Hamburg. The message of the ad read: “It happens when nobody is watching”. An eye-tracking device detected when someone was looking at the billboard and delivered an image of a seemingly happy couple smiling at whoever was looking at it. When that person looked away, the image transformed into a scene of violence, with the man beating up the woman. A slight delay in the image swap enabled the person viewing the billboard to get a glimpse of the violence, but if they looked back, the camera would detect their eyes and then deliver the happy image again. People were encouraged to visit www.amnesty.de to find out more.

This technology has been used by brands so that their ad is only delivered to passers by that are actively looking at the billboard, but it is interesting to see the message delivered when the person is not looking at it.

The billboard engaged passers by for a much higher than average time and it attracted a lot of publicity for the cause. 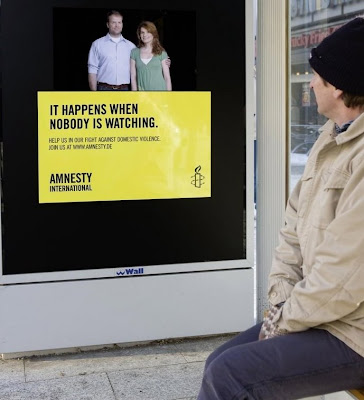 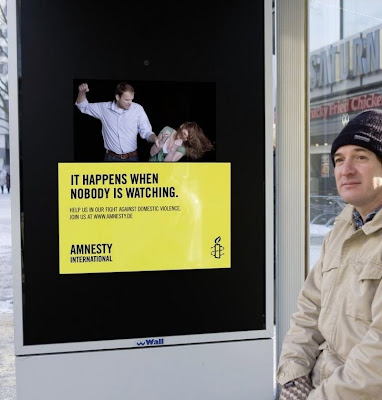 “Rain changes everything. Drive to the conditions” 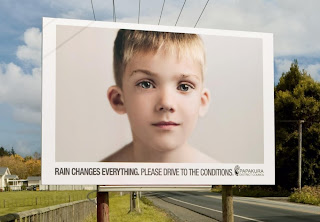 The rains after the summer in New Zealand can be torrential, and have been known to cause many road accidents. Drivers don’t adapt their driving styles to accommodate the wet weather and often don’t realise how compromised their breaking abilities are until it is too late.

After a weekend in which 15 people were killed on the roads, the Papakura District Council decided to act quickly to warn drivers to slow down in rainy conditions in an attempt to reduce the road death toll. It developed a roadside billboard which showed a young boy’s face. When it rained, sensors in the billboard triggered fake blood to flow down the boy’s face – from his nose, ears and eyebrows. The message on the billboard read: “Rain changes everything. Please drive to the conditions.” 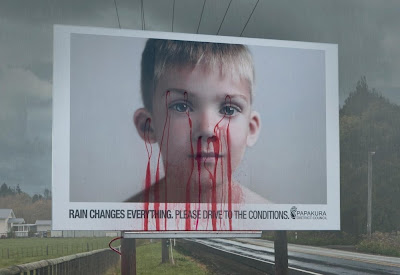 Local and national media picked up the story, helping motorists everywhere make the connection between the weather conditions and their driving habits. The end result for Papakura District Council was a zero-fatality Easter season