Brahma has always been a part of the every-day life of Brazilians. In order to emphasize that fact, it came up with the “Brahmeiro” (Brahma fan) concept, as homage to all hard-working and brave Brazilians. The campaign’s highlight was a jingle sung by Zeca Pagodinho, one of the greatest samba singer/composers in Brazil.

Brahma also wanted to celebrate its 120th anniversary, starting off with a film announcing the celebration and urging all Brahmeiros to join in. The commercial was filmed at two Brazilian soccer stadiums, the Olimpico and the Beira Rio. Other campaign actions included the creation of a 3-D human bottle on the brand’s official site, www.brahma.com, made up of more than 120,000 images submitted by brand fans.

Fans could upload their own image and it would be used to form the image of a huge beer bottle. Brahma also introduced a collection of mini cans carrying historic labels, for example the first every label used in 1888. This was supported by a second TV spot, looking at the label through the ages until the present day.

The mini cams became a hit on online bidding site Mercado Livre. Furthermore the catchy jingle created by Brahma and its agency became a hit. 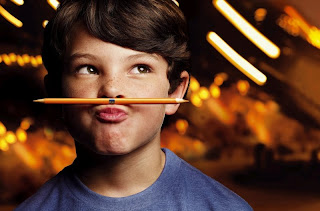 Itaú Bank operates in the financial and capital markets, both in Brazil and abroad. With about 24 million clients, Itaú is considered the most valuable brand in Brazil, according to Interbrand
The bank was looking for a communication platform that would boost the banks business and optimize all the work that had gone before to establish the message: “Itaú, made for you”.
The idea was to make the consumer aware of the advantage of being an Itau client. The solution was the largest personalized print-media initiative ever attempted in the world: it inserted personalized ads in 1.2 million issues of the widest-circulated magazine in the country – Veja.
The challenge involved working out who out of Veja’s subscribers was an Itaú client and which type of account they had, who was not an Itaú client and who was an Itaú employee.
Each one of them received at home a personal ad containing his/her name, emphasizing the fact that the bank was actually “Made for you”. 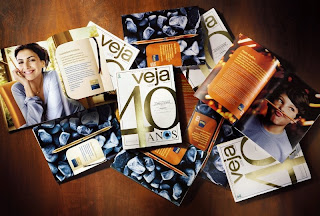 The bank also developed a two-pointed pencil, where one point represents Itaú, and the other its clients. The idea was to show the balance between the two.
At the end of 2008, the brand’s equity index had grown substantially, making Itaú the favorite brand, and “top of mind”, in the category, in addition to the bank’s being named the most admired bank in Brazil “*Source: TNS Interscience) and the most valuable brand in Latin America. (*Source: Interbrand).
at March 27, 2009 No comments:

Halifax :::Reaching out to expats

BRAND :Halifax
BRAND OWNER :HBOS
CATEGORY :Financial
REGION :Global
DATE :Apr 2008 - Dec 2008
HBOS is one of the most recognisable names in banking. The Halifax International offshore banking service launched in 2008 to provide a service familiar for those far from home. The challenge was to engage with a disparate audience of UK expats in a competitive, HSBC dominated market place and difficult macro-economic conditions.
Having conducted extensive global research into the types of expats (New lifers, Career Pursuers, and Retirees), messaging and content were provided across a diverse range of subjects ranging from making friends, language, property & accommodation and tax planning, showing Halifax really is more than just a bank.
Halifax teamed up with The Sun, one of the UK’s leading tabloids as business partners rather than media owners, creating a bespoke branded expat channel on the Sun Online, with 100% of ad formats owned by Halifax. Display ran across money comparison sites and global/national news sites with advertorial, newsletter promotions and channel takeovers.
An XML feed was incorporated into rate-led display advertising to update instantaneously, saving creative costs and notifying consumers of the best deal.
Partnering with TradeDoubler, affiliate marketing focused on introducing Halifax International as a competitive product through financial listings. Affiliates also ran across a range of niche sites that linked to the various expat-life stages, allowing HBOS to educate on all aspects of the expat journey. This was combined by paid and natural search.
The entire campaign delivered a total of 106,193,617 impressions, generating a CTR of 3.5%. In total, the Halifax International acquisition drive delivered a total of 8,170 new accounts, a 382% increase on targets, with CPA below target. In total, £250 million in deposits was generated for Halifax International. 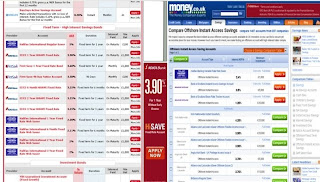 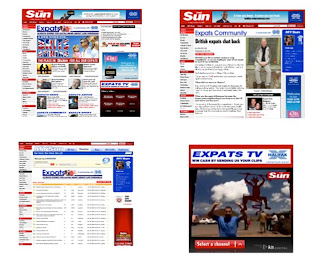 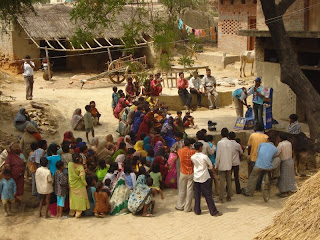 There are 600,000 villages in India with almost no access to media, as well as a low interest to washing powder like Tide and shampoo like Head & Shoulders.
Brand owner Procter & Gamble wanted to increase penetration of the hygiene essentials of shampoo and detergent.
The women of these rural Indian villages work on the farms and in their houses in excess of 18 hours a day and have limited exposure to brands.
However, the men are the purchasers in the village, so P&G needed to educate both the women and the men that the products were of benefit.
Without electricity and with much of the population being illiterate, mass media solutions are impossible. The only viable solution was to connect experientially. P&G created a character the women could trust: Sangeeta Bhabhi, who was positioned as an educated sister-in-law from a nearby village.
A pair of male communicators, armed with a collapsible kit that included games, signage and product went village to village engaging rural homemakers group by group. These messengers were trained to engage these women very specifically, in their language and dialect, armed with a deep understanding of the cultural considerations for success.
Groups of 20-30 households were gathered, entertaining them with lucky prizes/draws to maximize involvement. These communicators were trained to identify the group’s leader focusing on involving her in all product demonstrations and fun competitions as she has strong influence in the village.
Flipcharts and pictures illustrated the product benefit and introduced the villagers to Tide and Head & Shoulders through storytelling. 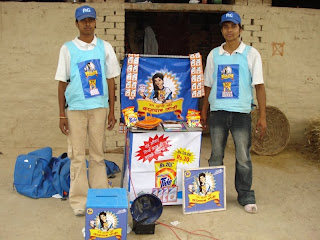 Email ThisBlogThis!Share to TwitterShare to FacebookShare to Pinterest
Labels: Retail

Is your e-mail advertising confusing?

E-mail advertising has always been a simple and economical way to advertise. And now that economies all over the world are in the tank, there’s more incentive than ever to use e-mail to sell products and services.. But simple and cheap doesn’t always translate into “successful.”

The “from” address should make sense.
The subject line should be clear. If your target audience doesn’t understand it instantly, the e-mail gets deleted instantly.
The “to” information should be your recipient.
The offer should be stated very early in the text. People won’t spend any time at all searching for it.
The message should nearly always be short. No one wants to read long e-mails.
The copy should be clear and direct. Just because it’s e-mail doesn’t mean you can get away with sloppy copy. Oh, and it should be in the same language as the recipient!
The links should be worded clearly. Example: If you’re offering a free e-book, the link text should include the words “Free E-Book.”
The e-mail should follow all best practices. This isn’t just to avoid spam complaints. It helps create trust.

When you’re creating or sending an e-mail, always ask yourself, “Does this make sense to the people I’m sending it to?”
at March 27, 2009 No comments:

“If you’re going to build a community, don’t center it around your product, but rather on something deeply relevant to a particular consumer group,” said eMarketer CEO Geoff Ramsey. He also suggested keeping fans of your brand pages happy by giving them a lot of content and letting them share the love with others.
More and more every day, the social networking giant Facebook is becoming a large part of the overall Internet experience. Company estimates state that over 175 million people have joined since its founding in 2005, and the users themselves contribute millions of pieces of content daily.

The February 2009 Facebook numbers are striking.
Each day during the month, Facebook users averaged over 3 billion minutes on the site. They updated their status 15 million times and became “fans” of a particular company, brand, product or person 3.5 million times daily.

In addition, Compete found that that US residents spent more time on Facebook than any other Website, beating out previous leader Yahoo!. 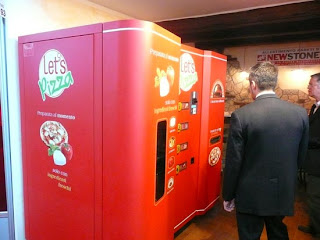 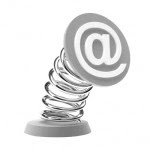 (The following is based on an interview with Patrick Knight, Director of Client Deliverability for mobileStorm.)
In the world of email, bought lists are pretty common. Buying a list is not against the law per se(CAN-SPAM never specifically states it); however it’s not such a safe bet since it’s not necessarily clear how these lists are compiled. In many cases they contain addresses that were collected by third-parties who use pre-checkboxes, `and or contain harvested, spam traps (old addresses used to monitor and identify spam activity) and invalid addresses (addresses that are no longer active and bounce).
Contrary to what many marketers think, purchasing lists is not very cost effective, when you consider the facts. Anywhere from 80-90% of these lists have data that is useless. Not to mention the costs marketers incur by having to resolve issues as a result of using these lists.
There is never a time when you should send messaging to people who didn’t opt in. The question to ask your self is …Did these people request to be on my list? Do they expect to receive emails from you, have you sent emails to these people before. The main point here is consent. These people did not give you permission to send them messages.
Those marketers who do buy lists run serious risks. Beside the fact these people never sign up to receive your messages, even if you were to perform a permission pass campaign you run the risk of hitting spam traps, and in the end, it’s just not worth the risk.
A sender’s reputation is based on measuring many variables including, spam trap hits, number of complaints, and invalid addresses. As mentioned, many of these lists contain addresses that affect these variables negatively which can hinder if not ruin a good senders reputation.
Ultimately, good senders can end up being listed by major blacklists. IP addresses used to send messages in some cases can be permanently blocked. Furthermore, subscribers who have given permission to receive messages will most likely not receive it because of blocks place on your IP.

It may also take a significant amount of time and resources to repair your reputation. If utilizing an ESP this can also cause collateral damage to your provider.
at March 27, 2009 No comments:

Brand: Trojan Condoms
Agency: The Kaplan Thaler Group
Review Date: March 24, 2009
Everyone is talking about the horrific economy, so it shouldn't be all that surprising that Trojan is getting in the game, offering assistance in these dark times with its own "stimulus package.
" Sex makes everything better! A new commercial breaking this week opens with the patriotic image of an eagle against the backdrop of the American flag.
As the music swells, the voiceover informs viewers that the company is offering its own stimulus package "to help America cope," the Pleasure Pack. And then comes the bes moment in the spot, when the voiceover wraps up the pitch with the line, "Because we believe we should ride out these hard times together."
You know someone's been dying to get that line on air since all the talk of stimulating the economy began. And you can almost hear the target chuckling in response. Probably the most unique economic play yet.