SHIFT: The end of television 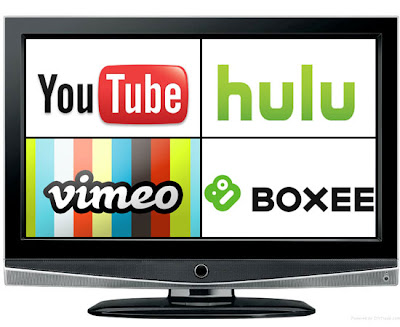 . . . Then everything changed. Cable and satellite TV emerged, then expanded to hundreds, now thousands, of channels. Internet and network providers really kicked things into gear. Cellphones made it even crazier. Throw in Netflix, Xbox and PlayStation 3 streaming, along with Roku, Amazon Video on Demand, Apple TV, Blockbuster MediaPoint, Vudu, Zvbox, Boxee, and XStreamHD, and it's just plain nuts. Watching TV got complicated, and everyone, particularly the networks, scrambled to keep up.
at April 10, 2009 No comments:

Objective
Through and on-going news bureau and special events, create opportunities for consumers, media and influencers to experience Johnsonville brats.

Program Elements -- Creating the Brat News Network
Johnsonville Sausage was looking for a way to put its delicious, Austrian bratwurst on the national map. After years of successfully growing its business to be the leader in the category, the company was successful, while also being one of the best-kept secrets in the U.S.

· Johnsonville Bratwurst Tailgating Hall of Fame Recipe Contest: Tailgating season is a bratwurst’s time to shine. Fans from across the nation hit parking lots before each game with time-tested favorite recipes. In fact, according to a survey of more than 3,000 tailgaters across America by www.tailgating.com, 71 percent of Americans tailgate at least six times per season. In fall 2004 Boomer Esiason, legendary NFL Quarterback and CBS Radio Monday Night Football Announcer, teamed up with world renown Johnsonville Brats to search for America’s favorite bratwurst tailgate recipes and grilling tips. And, each week during nationally broadcast Monday Night Football games, Esiason inducts one winner into the “Johnsonville Bratwurst Tailgating Hall of Fame.” Each winner received a year’s supply of Johnsonville brats and is eligible to compete for the title of MVB—Most Valuable Bratwurst.

The grand prize winner, to be announced on or around January 15, 2005, will receive the “World’s Ultimate Tailgate Party” with the Johnsonville Big Taste Grill rolling up to the winner’s hometown during the professional football championship game in February and hosting an all-expense paid tailgate party for their friends, family and neighbors. Johnsonville’s Big Taste Grill is a converted semi truck sporting the world’s largest grill weighing in at 53,000 pounds and 65 feet long. The grill can cook an amazing 2,500 brats an hour. For each winning recipe or tip, Johnsonville makes a donation of $5,000 to the Boomer Esiason Foundation, with a pledge of $200,000 total to the Foundation.

· Pentagon Brat Festival – A day of brats and music: Johnsonville sausage loaded up its Big Taste Grill and headed out to the Pentagon on Oct. 7, 2004 for a traditional Wisconsin “brat fry.” Together with Miss America, Miss Virginia and Washington Redskin Cheerleaders, the sausage company set out to raise $25,000 for the Pentagon Memorial Fund by selling $5.00 lunches to the employees of the Pentagon. The Pentagon Memorial Fund is currently campaigning to raise $17.5 million to build a beautiful memorial park and $10 million for an endowment to maintain it for future generations. 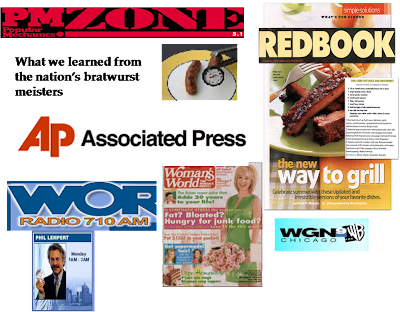