Banner for vacuum cleaner sucks, literally, the bad cookies from your PC

This  interactive banner for Vax’s new vacuum cleaner communicates the product’s cleaning capabilities in a powerful way. This innovative interactive banner, developed by Shalmor Avnon Amichay /Y&R Interactive Tel Aviv, makes a symbolic connection between bad cookies in your computer and the dust outside.
The banner consists of a code that identifies the bad cookies on your computer and cleans them out with a click on the banner. The banner also reports how many cookies were deleted.
Well, really interesting and beneficial, isn’t?
at April 22, 2010 No comments:

First aid: it’s a matter of life and death

This campaign from St John Ambulance, a charity organization in U.K. dedicated to teaching people first aid so that everyone might be equipped with the knowledge to save a life, uses the images of fake dead persons. The emotively descriptive copy indicates that had someone associated with them known first aid, their life would have been saved.


As part of the campaign St John Ambulance has created an iPhone App that gives potentially life-saving advice.

Want to keep a clean butt?

Here is a print campaign for a product which might be beneficial for all gays who naturally want to maintain a clean butt. Fleet has just launched a new laxative-free product.

The campaign, developed by Euro RSCG, is metaphorical in style. We can say ass symbolism.

We can describe it as ass euphemism. The ads will reportedly run in Out magazine, as well as on popular gay and lesbian websites.

Email ThisBlogThis!Share to TwitterShare to FacebookShare to Pinterest
Labels: Eye On Arabia, MOBILY, Telecoms and electronics

Make-up emergency? Rimmel to the rescue

The fact that 40% of visitors to the mobile site downloaded content shows how well Rimmel understands its consumers. This campaign was shortlisted in the Best Use of Mobile Category at the Festival of Media Awards. Find out if it wins on 20 April or vote for it on the People’s Award voting site. 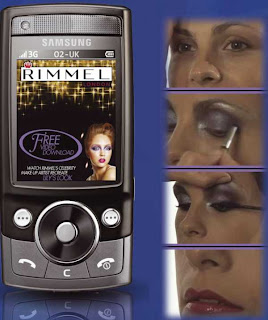 Rimmel was coming under increasing pressure from competitors and losing its market share. Ad spend was down and share of voice was at only 60% of the nearest competitor. Given product innovation is pretty standard across the big make-up brands, the only differentiating factor left to Rimmel was to foster brand loyalty. Applying make-up is an intimate act and building trust between brand and consumer is paramount.
Girls have an insatiable thirst for tips and advice when it comes to make-up. Focus group research and interviews with leading editors of girl's magazines revealed that despite this appetite for makeup knowledge, many young girls don't feel confident about applying make-up.
In the UK, 95% of young girls own a mobile phone. They are in constant communication with their friends, with 77% of girls sending at least one SMS message to one of their friends every day. As a component of a young woman's bag, the mobile is as important as her purse or lipstick. Rimmel's idea was to turn a girl's mobile into her makeup mate: a knowledgeable friend always on hand to inspire and give great practical advice on how to make great looks happen for them.
Specifically designed for mobile, the Rimmel hub housed a wealth of information on how to achieve a look, what products to use, tips and advice and specific Rimmel content. This would be a tool young women could use at any time, wherever they were. The hub was regularly updated with new product information and videos. The videos featured celebrity looks and were demonstrated by resident celebrity make-up artist Liz Pugh. Users could text in their questions, which Liz answered for them. Extra features on the hub included branded wallpapers, sample requests, videos of the ads, and product info.
Apple apps might dominate the category but being a youth brand, Rimmel specifically targeted the cheaper, more ubiquitous handsets, used by its market. Nearly half of Rimmel's market were on pay as you go, rather than monthly tariffs, which made downloading expensive. Free-to-download blue tooth technology in malls and cinemas solved this issue.
Of all the girls who came to the site over 40% downloaded a piece of content. In total there were 145,000 downloads. More important to Rimmel is the creation of a new generation of brand evangelists who now intimately trust the brand.
at April 22, 2010 No comments: 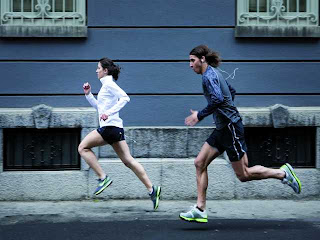 The prank element involved in this campaign made it really relevant and viral. I’d highly recommend watching the video just to see the reactions of the victims.
Nike+ is a platform that allows you to keep track of your performance, using a chip in your Nike+ shoe and iPod. The running community had been a success in most of Europe, but uptake in Spain had been disappointing. The country ranked lowest in terms of European registration. Hard core runners considered the Nike+ tool too "commercial and did not feel it was "serious enough" for them. All marketing efforts were focused on recruiting this target until early 2009, which explains the lack of registration. Secondly, the more casual runners were not aware of Nike+ or didn't understood the shoe/ipod/web chip functionalities
Nike needed to engage and educate a broader running target for whom the sociability tools would have more appeal.
For a few, running is a passion. For others it is an addiction. For most runners though - the casual runners - running is a means to an end. Casual runners can get bored sometimes and would run more if it were fun or if their friends were there to challenge them. Nike decided to play on the rivalry between men and women in what the brand called Ring, Ring! Run, Run! The aim was to encourage people to get their friends to wake up and go running. Nike invited radio listeners to nominate friends for a live unprompted wake-up call with famous Nike elite athletes in four cities.
Camera crews, Nike athletes, friends and listeners all gathered in front of the lazy friend's house at 7 a.m. Once they woke up, the runner was asked to lace up and start clocking up the kilometres in the men vs. women challenge. Nike partnered with Spain's largest multi-platform media group 40 Principales, which is heavily connected with music.
The concept was kick-started in social media with a viral campaign involving videos of celebrities being woken up. And a teaser inviting people to go to specific wake-up locations. A deal with the highest rated morning show Anda Ya amplified the campaign. The presenters generated interest in the concept by requesting nominations for the next wake up call victim from their listening audience, and by announcing where the wake up call would take place in advance and ensured hundreds of people turning out at the house of the victim to join him/her in their morning run. To generate further value out of this media asset, Nike created 10 minute micro-programmes for TV and online.
The viral campaign received 80,000 views even before the first wake-up call and 10,500 people joined Nike+. Awareness of Nike+ increased by 62%, 9% points above 20% target. Spain sprinted from last place to first place in terms of registering for the challenge ranking as the top country globally.