ANZ|"We live in your world"

With the tag line "We live in your world" the TV campaign and the logo itself revolve around the idea of people. While the TV ad is kind of charming and captures the essence of people and their banking worries, the logo is quite disappointing in all aspects. The old logo had that vintage patina that becomes endearing over time, and it had a nice depth to it with the white stripes playing a nice game in the "N" but it wasn't anything fantastic. The new typography strips everything that was remotely interesting about the old one — the multiple lines and the italics — and all that is left is a set of unsightly letters.

The icon has what appears to be the leftovers from Cingular knocked out of three random shapes that, all together, form a very strange alien-like form. The shapes of the icon have no reference to the typography and the overall lock-up is downright unpleasant. Unfortunately, the whole thing looks like bad 1980s bank identity work and for a financial organization going head-first into the twenty-first century into new markets, there is no sense of innovation to be found.
To boot, the "logo" has been reported as costing $15 million and, as usual, the media has had a field day in mocking that amount. As we all know, this is the cost of rolling out the identity and implementing.
We Live in Your World, focuses on the complexity of life and the need for a simpler banking system. The campaign introduces a blue logo suspended above the heads of ANZ customers, symbolizing the simplification of their busy and cluttered lives.
“In this day and age, there is a problem we all share -- everything that was meant to make our lives simpler, seemingly made it more complicated. As the world becomes more complicated, it’s no surprise you want simpler banking. Banking that understands the importance of your time. Especially your free time. One that brings banking to your fingertips in more convenient ways you never knew you needed. How do we know you want a bank that listens, simplifies and delivers uncomplicated solutions that are shaped around you? We live in your world.”

The 'YOU' ad campaign is being rolled out across 20 countries in the coming weeks and features the tagline,‘You don’t need to get a phone. You need a phone that gets you.’

It is hoped to represent HTC’s "focus on people, their needs and how they work and live to ensure that HTC devices suit them." The YOU campaign is focused on driving broad, global visibility and understanding of HTC’s unique brand promise – that it’s all about the consumer and not the device.

“Quietly brilliant is doing great things in a humble way, with the belief that the best things in life can only be experienced, not explained,” said John Wang, CMO HTC Corporation.

HTC worked with Los Angeles-based ad agency, Deutsch LA Inc. to create the YOU campaign that will use an integrated-media approach to reach consumers via TV, print, outdoor and online. HTC’s design expertise will be echoed throughout the campaign, with commercial spots highlighting the unique functionality of its smartphones.

"We've come to have a very emotional relationship with our phones. Many of our key experiences in any given day come through this one device and yet most of the advertising in the category is still about utility," says Eric Hirshberg, co-CEO and chief creative officer, Deutsch LA.

HTC worked with London-based creative consultancy, FigTree to create the quietly brilliant brand positioning. It will be rolled out in all forms of communication and brand touch points across the company.
News Releases
at October 26, 2009 No comments:

Telkom| "The World is in Your Hand"


Talk to the Hand

from Brand New by Armin
1 person liked this

PT Telekomunikasi Indonesia, or Telkom for short, is the largest phone service provider in Indonesia with about 15 million land line customers and another 50 million cell phone users. Part of that success is that the majority government-owned corporation had a monopoly on the market until a few years ago and faces stiff competition from Indosat . Looking to not only stay ahead of its competitor but move into the information, media and edutainment categories Telkom has launched a new, much needed, identity designed by the Jakarta office of The Brand Union, who had been awarded this project more than a year ago.
Working under the brand positioning of "Life Confident" Telkom has also introduced a new tag line, "The World is in Your Hand" replacing the tackier "Commited 2U" previously used.

Originally owned by the state when it launched in 1987, New Zealand's Telecom became a private organization in 1990 and has grown to become the leading telecommunications provider in New Zealand and has made a strong move into the Australian market as well. With 7,000 employees in New Zealand and another 1,600 in Australia, Telecom operates five separate customer-facing businesses that handle everything from internet service to phone lines to corporate services and is looking to make a bigger impression on all of its customers' with a new identity launched this past October 16 with a flashy light show at Auckland's Ferry Building.


"We've been speaking to customers who were strongly in favour of this new direction because of the freshness and commitment to change the new brand represents. So over the next few months you'll see changes to our stores, websites, communications and advertising," says Alan Gourdie, CEO Telecom Retail.
"The brand is designed to be less about us and more about our customers. Where previously it stood for telecommunications services, wires and networks, it now reflects New Zealanders doing what inspires them, and doing it on their terms," says Mr Gourdie.
— Press Release 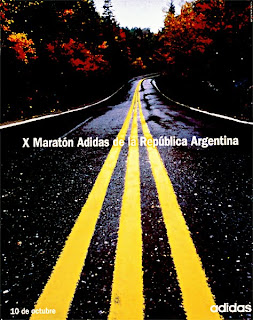 There are lot of Argentinean advertising semi-gods, but few of them exceeded the 10 lions barrier, like Hernán Ponce. He himself became an executive after he opened his agencies and those lions he has won, let´s say so, were probably not written by him.

Like most of the heavyweights from Argentina, Hernan Pónce started his long creative director career in the agency of David Ratto, the most famous and dearest ad man in the country of Tango. He left the best agency of time to lead the newest rising star of Argentina: Young & Rubicam, where he won loads of Lions and recognition enough to open his own brand: Vega Olmos Ponce, together with Fernando Vega Olmos. Contrary to his partners, Ponce really engaged his creative mind in legendary ideas for Axe, including the first Argentinean Grand Prix (altough some say there was an Argentinean GP in 1969, which I did not find in the website). 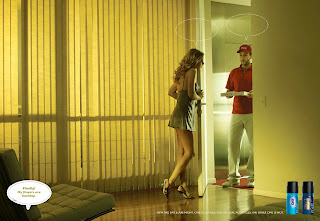 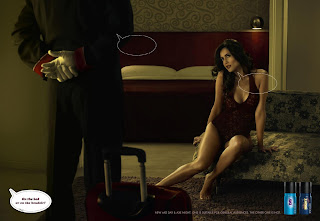 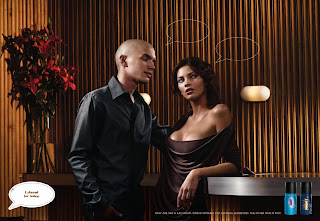 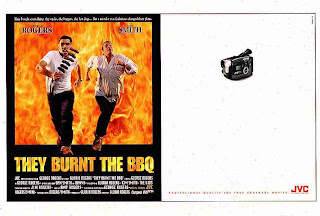 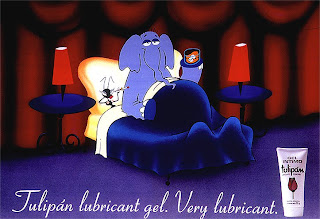 Email ThisBlogThis!Share to TwitterShare to FacebookShare to Pinterest
Labels: Hall of Fame

Microsoft has jumped into the retail arena and opened its first store in Scottsdale, Ariz., featuring interactive technology and a sleek modern design. This is the first of several planned stores for the software giant, the next opening on Oct. 29 in Mission Viejo, Calif., and is being celebrated by the company as an opportunity to connect with customers and elevate the Microsoft brand. But some analysts see this move into retail, and even the design of the stores, as derivative of archrival Apple.

Massive LCD screens line the walls, displaying scenic panoramas (including of the local Arizona landscape) as well as Microsoft products. Below these screens PCs set up with Zunes, Xbox consoles and headphones are available for visitors to try out, and a “gaming zone” offers giant screens on which customers can play popular games including Rock Band and Halo.

“Our customers have told us they want choice, better value and great service when shopping for technology, and that is what we will deliver through our Microsoft stores,” says David Porter, corporate vice president of Microsoft Retail, in a statement. “We want to showcase what’s possible with the full Microsoft brand.”

The opening came in time for the company’s new Windows 7 operating system and these are prominently displayed along with the PCs, Xbox consoles and range of other software and hardware that flank both sides of the store.

But much of the clean, simple look of the new store bears a striking resemblance to Microsoft rival Apple.

“Launching a Microsoft retail store, these guys are playing catch-up to whatever Apple does,” said Rob Frankel, branding expert and author of the book “The Revenge of Brand X.” He points to the design as looking different, but really just a variation on the Apple store’s sleek and simple design. “Microsoft has no brand. They have an identity and they have very high awareness, but try asking two people why they insist on Microsoft and you’ll rarely get the same answer.”

Microsoft is emphasizing the personalization that the new stores will offer, with consumers able to customize their hardware with external “skins” and create an original ring tone for their Windows mobile phone. When a customer purchases a computer, they will have a 15-minute session with one of the employees to get set up their applications, passwords and personal preferences. The store includes a Microsoft Answers Suite, where technical advisors offer assistance to patrons with tech issues.
“The idea of customizing a product on a mass scale, there’s a branding experience about that and there’s a connection with the customer -- all that stuff is usually good,” said Scott Testa, professor of business at Cabrini College. But Testa supports Frankel’s outlook on Microsoft’s originality as a brand: “Microsoft copies everything from Apple, so why wouldn’t they copy their stores?”

Testa believes that in opening stores when it has, Microsoft followed the company pattern of waiting until something was “tried and true” before jumping in. Nonetheless, he believes that entering the retail arena will be a good thing for Microsoft, and that it is better late than never.

“I don’t think they see it as a big profit driver. I think they see it as a brand-building experience and marketing experience more than anything. This will be a grain of sand on the whole beach of Microsoft’s revenues and operations,” said Testa. “But from a branding perspective it makes a lot of sense. The timing’s good, they get some press for the stores, Windows 7 is coming out and the holiday season is coming up. It makes sense.”
at October 26, 2009 No comments:


A German website, Pundo3000.com, has conducted a study of 100 different products by comparing the look of the products as shown by the packaging with the actual contents inside the boxes. Quoting the website, which is in German: “All products were purchased, the packaging photographed and the contents prepared and photographed too. All products were then eaten up.” and also: “The purpose of the project is not to discredit any brands or products but to critically compare the packaging advertising with the inside contents”.