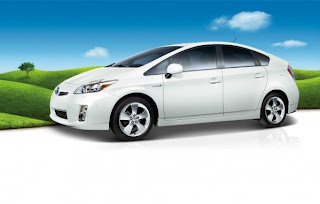 The hybrid Toyota Prius has long had a reputation for being a “greener” car and wanted to promote the fact that a sun roof is available in the 3rd generation Prius which is due to launch in 2010 as well as emphasise its latest marketing theme: "Harmony between man, nature and machine." The idea is that people still want to be able to have personal vehicle to travel - they don't want to give up their cars - but they are willing to find a more sustainable way of doing so.

Prius has formed a partnership with various North American cities to provide enormous flowers in public squares. The flower sculptures, which stand at up to 18 feet high, collect solar energy through panels on the back of their petals and

the base of their stems. Each flower also has seating for up to 10 people. They offer people the chance to charge their laptops or mobile phones while sitting outside in the sun. The flowers also provided solar-powered WiFi, enabling people to surf the web at the same time. The message on the flowers read: “it’s all powered by the sun like the optional Solar Roof in the 3rd generation Prius”.

Boston bus riders are also treated to solar ventilation bus shelters in the downtown area as part of the “Harmony Installation” campaign. The special shelters feature solar panels on the roof that run fans to circulate air within the shelter. The shelters aim to imitate the Prius’s Solar Ventilation System.

The flowers are touring cities including Boston, New York, Chicago, Seattle, San Francisco and Los Angeles between July and October. All of the activity will be documented on Twitter and Facebook. 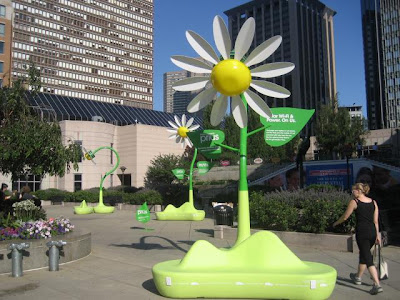 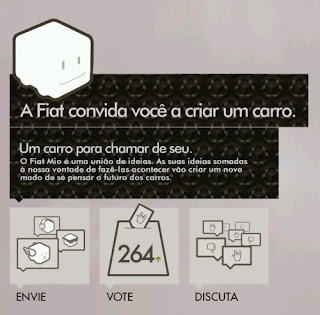 Turning conventional car-making wisdom on its head, which says keep your designs close to your chest, Fiat has launched a website encouraging the public to submit designs for its next model, the Fiat Mio.

This is not the first time Fiat has called on the public to collaborate. Back in 2006, the car manufacturer challenged Brazilians to come up with ideas for the next 30 years of Fiat vehicles, as a celebration of its three decades in the Latin American country. So impressed was Fiat with the ideas generated, it challenged the public again; this time to come up with ecologically friendly car designs. The Fiat Concept Car 2 was showcased at the International Automobile fair in 2008.

And now the call has gone out once more. A dedicated website (www.fiatmio.cc) has been set up that will act as a forum for automobile enthusiasts to put across and debate their various dreams of what the future of car industry should look like. All suggestions on the site will be trialed and facilitated by the Fiat team, along with its own engineers’ ideas. The resulting vehicle will be showcased at the International Automobile Fair 2010. The project falls under the Creative Commons License, allowing participants to own their contributions, but for the community to distribute, modify and share their ideas.

The campaign is part of Fiat’s push to embrace the digital age head-on. By creating an open forum, it acknowledges that all ideas generated might be used by other individuals, or by its rivals. A bold step that might spell the beginning of the end for closed-shop car design. 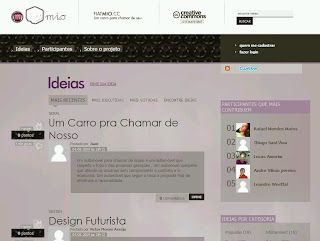 Chevrolet has launched a campaign in China to promote the release of its new Cruze model. Consumers can personalise an online ‘Chevy’ and share their designs with friends.

Not a market known for ‘macho’ advertising campaigns, Chevy’s Chinese offering definitely bucks the trend. The idea is a direct take-off of popular western programmes such as MTV’s ‘Pimp My Ride’ and comes in conjunction with the car manufacturer using anti-authoritarian American TV star Wentworth Miller in its Asian campaign.

Users can go online, pick a model from the Chevrolet range and virtually ‘pimp it’. A wealth of innovative customisation tools mean users can let their mind run wild and go way beyond a basic paint job. Once finished, cars can be entered in online races, shared with friends or saved as wallpaper on computers and mobiles. 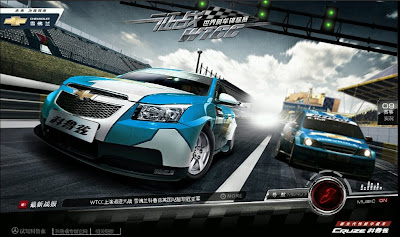 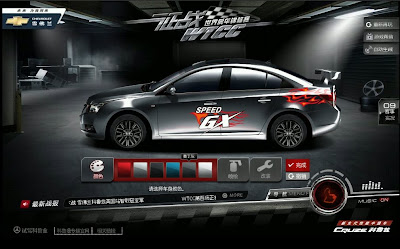 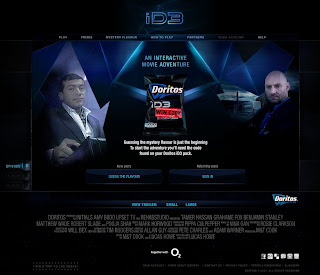 Doritos is known for maximising technology in its promotions, and its latest advergame is no exception. Integrating the real-world release of a mystery crisp flavour with a virtual spy mission, the campaign aims to drive up sales. 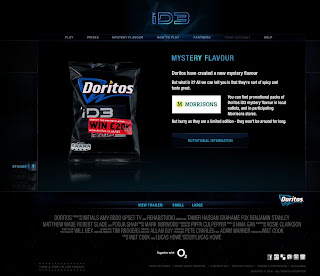 The crisp manufacturer is no stranger to empowering consumers, having run many

UGC campaigns in the past. ID3 involves a first person narrative, with players

the first being to discover the mystery crisp flavour.

When consumers buy a packet of Doritos,

a code on the back of the packet gains them entry to the first episode and gives the user six lives with which to complete it. If players use up all six lives, well… they have to buy another pack of Doritos. The second and third levels involve different missions, each following on from the previous, tying the threetogether into one coherent story. 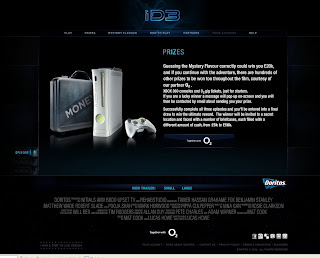 Prizes on offer for those who complete all three missions include the chance to win a cash prize of £50,000, plus additional prizes such as a trip to Las Vegas, an X-box and other assorted goodies. 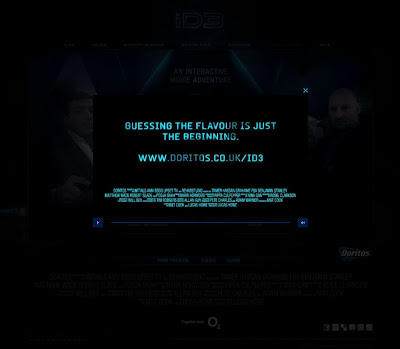