Lilly | Lilly - Get it out of the way 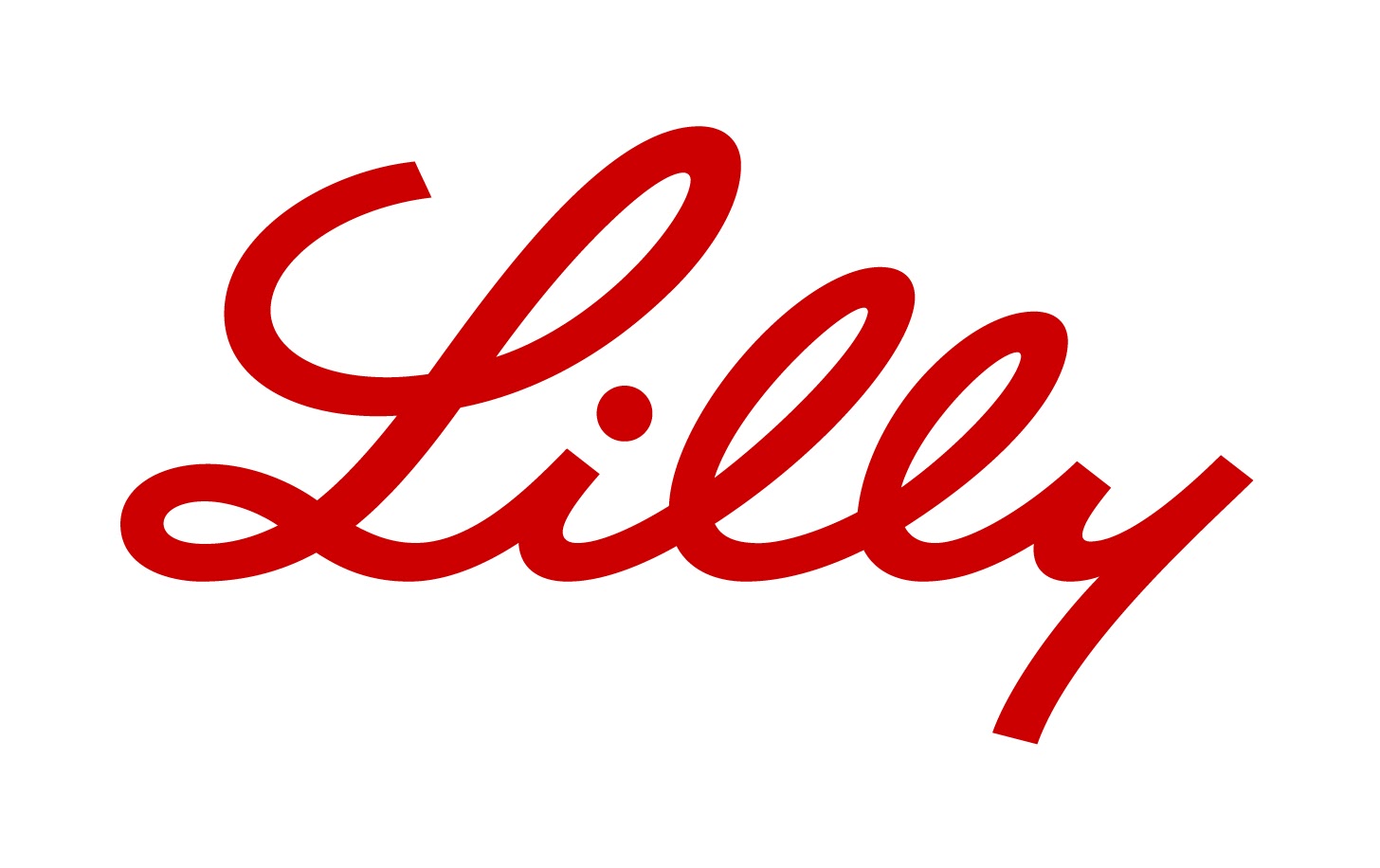 Getting men to visit a doctor is difficult in the best of circumstances. Trying to encourage a visit to discuss to Erectile Dysfunction (ED) and Benign Prostatic Hyperplasia (BPH enlarged Prostate) is near impossible. And yet that was the primary objective of Lilly’s ED and BPH treatment education campaign.
Peeling apart the core target provided the insight that these “balanced men" (referred to as "Balanced Barry") – aged 40-65 yrs, active, healthy and in stable relationships - want to enjoy life with their partner and hope nothing gets in the way. As sensitive personal conditions, Balanced Barry is reluctant to talk about them, with anyone: partner, friend, let alone their doctor.
In fact, research has shown that it can take an average of two years to seek treatment for this condition, with many men not seeking treatment at all, instead viewing this as an untreatable part of the natural aging process. Against this backdrop of embarrassment and stigma, the internet is a unique vehicle which allows for understanding of the condition and the potential treatments available, whilst offering complete discretion. Trust is vital - Balanced Barry wants to ensure they are receiving accurate health information and when investigating the conditions, the first place they turn to would be a trusted medical source.

Discretion & Integrity. Due to the sensitive nature and strict regulatory requirements, OMD needed to accurately target Balanced Barry. Therefore, it needed digital vehicles that would serve a message against the specific profile. The efforts focused on encouraging men to deal with ED/BPH concerns by connecting them with information that enabled a meaningful conversation with their doctor, helping them realise these conditions are treatable and need not infringe on their relationship.
The overarching digital strategy was to own Balanced Barry's experiences, within laser targeted male interest sites, in trusted health resources and when they were seeking additional information within Search. The objective was to help support Balanced Barry on his journey to treatment, occupying all of his digital touchpoints, like a trusted friend offering guidance and prompting action. Establishing a long term (always-on) presence was a key goal within these trusted platforms. The agency recognised that standard digital advertising can sometimes be seen as wallpaper, so went deeper by integrating Lilly ED & BPH doctor-produced tools and advice into trusted 3rd Party medical environments. This allowed Lilly to embed content and form a deeper association where men and their partners were going to learn more. Search is also a key resource for men looking for guidance and information.
Of course, paid search is the backbone to many campaigns and OMD looked to own and optimise the core ED/BPH keywords, to establish real estate in this space, capture traffic and drive to Lilly content areas for greater education and engagement. These relevant partnerships and quality search implementations were further reinforced by serving highly targeted ads via a real-time display buying tool. Focusing in on Barry in their other core areas of interest - News, Sports, men’s lifestyle – these communications acted as reminder messaging, additional to offline media and encouraged prompt action.

The partnerships with flagship third party independent medical sites involve annual, always-on activity to establish a long term association within the ED/BPH space. While unique solutions were developed in each market, these partnerships delivered deeper engagement and integrity across a breadth of activity:
- Trusted Medical writers, commissioned to answer new questions on ED and BPH within the site
- Co-branded Medical Site / Lilly Hub, providing integrated content through an environment the reader trusts
- Case studies for readers to engage with
- Sponsorship of ED Health Centres
These editorial relationships gave understanding and credibility to the Lilly message and drove greater engagement to prompt action – supporting the goals of educating men and getting them to talk to a Doctor. Specific to Search, it concentrated on information seeking terms around ED and BPH, served with continually tested ad copy. Optimisation focused to the Talk to your Doctor and Questionnaire sections of the website (for Barry to print off to take to his doctor). Additionally, bidding on campaign terms and ED/BPH health related terms, connected the audience to content offline to online - allowing them to explore content relating to symptoms, causes, treatment etc., furthering the propensity to talk to a doctor.
To serve highly targeted messages to these men with limited wastage, OMD utilised digital programmatic buying. This technology offered both contextual and demographic data targeting, combined with the cost efficiency of biddable display media. This ensured it directed the display communications to Balanced Barry effectively and efficiently.

Independent Millward Brown research proved achievement of the primary objective getting "Balance Barry's" to visit their doctor - on average those who saw the campaign were 45% more likely to visit their doctor. The extremely relevant partnerships dramatically improved our primary “Talk/Find a Doctor” measures. - 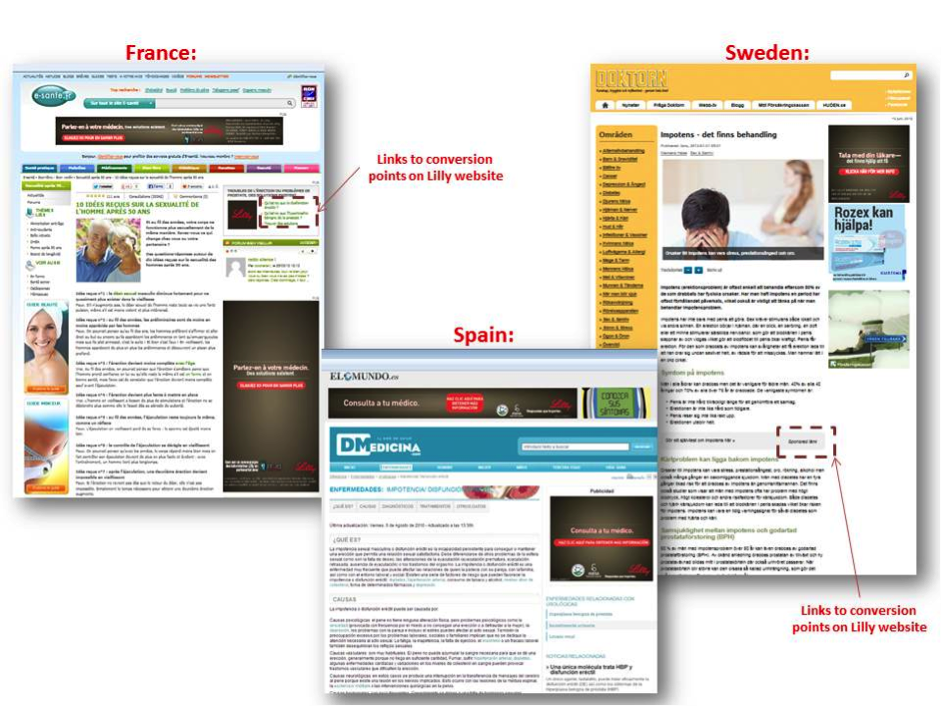 Sweden: In first 5 months 12.2k men read the partnered articles with an outstanding 31% clicking through to Lilly for more guidance
Spain: CTR jumped from 0.15% display, to 0.71% with the new partnership presence and Talk/Find a Doctor % post click conversion improved to 8.8%, versus 1.2% of previous activity across all markets.
Search improved the key KPIs during the April/May campaign with 1 in 10 going from homepage to take the ED/BPH health questionnaire and 1 in 16 to visit ‘Find/Talk to your doctor’ (28,000 ED/BPH questionnaire and 18,000 Find/Talk to doctor visits). Overlaying programmatic buying dramatically reduced the cost per KPI (Find/Talk to a Doctor) conversion, with reductions of 51% in Sweden and 67% in Spain vs. previous traditional display.
A challenging task but the campaign has prompted more "Balanced Barry's" to visit their doctor and solve their ED/BPH problems.

Conselho Nacional Do Sesi, the national council of social services in Brazil, ran the world’s biggest hug over two days in October 2010 using the Christ the Redeemer statue in Rio de Janeiro. Over two nights the statue’s spotlights were turned off, allowing projections of cityscapes and 3D imagery to create the illusion that Christ was closing his arms around the city. The symbolic 3D hugs were linked to the number of visitors to the Carinho de Verdade (True Affection) campaign site, raising public awareness of the impact of sexual abuse on children and teenagers, and encouraging the development of healthy relationships of trust.

With just a finger, you can also test for HIV

The winners of The Golden Targets, the Australian PR industry’s main awards event, have been revealed.

They were announced at the Public Relations Institute of Australia conference in Brisbane.

• HIGHLY COMMENDED: Re-inventing Jezzine – By the People, For the People commissioned by Jezzine Barracks Community Trust – Jo-Anne Modesti from The Phillips Group (QLD)

• COMMENDED: How do you like your Vegemite & One Billionth Jar Campaign commissioned by KRAFT – Richard Amos from Royce Communications (VIC)

• COMMENDED: Hailey Turner for ‘The Best Job in the World’ commissioned by Best Job In the World – Margaret Lawson from Cole Lawson Communications (QLD)