Do you speak social? The rise of social web literacy

WOMMA: Do You Speak Social?
View more presentations from Antony Mayfield.
at July 20, 2009 No comments: 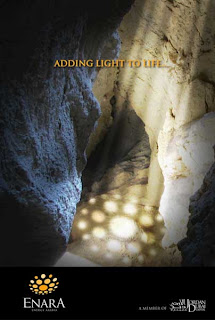 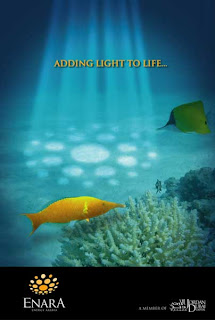 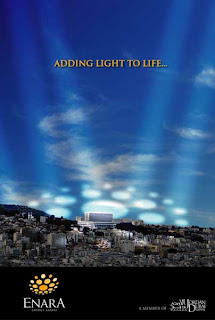 Email ThisBlogThis!Share to TwitterShare to FacebookShare to Pinterest
Labels: Energy

Facebook users can already send each other real flowers, candy and drinks. Now they can add ice cream to that list as well—free, no less—thanks to a new promotion from Starbucks and Unilever.

Beginning this week and extending through July 19, Starbucks and partner Unilever are giving away coupons for more than 800 free pints of the newly launched Starbucks Ice Cream on Facebook every hour. US-based users of the social networking site need only visit the special promotion page on Facebook at the beginning of any hour and be ready to click quickly before that hour's set of coupons is gone. If they succeed in claiming one, they can choose to send it to any friend on or off Facebook, or they can elect instead to treat themselves. Either way, the coupon can then be redeemed for the Starbucks Ice Cream flavour of the recipient's choice: Caramel Macchiato, Mocha Frappuccino, Java Chip Frappuccino or Coffee. There is a limit of one coupon per household; those who fail at first to get one can keep trying, as a total of some 20,000 free coupons will be given away each day before the contest's end.

One part Facebook perk and one part tryvertising, the wisely targeted Starbucks Ice Cream promotion is sure to win many a fan for the new ice cream, particularly since there's almost certainly a significant overlap among devotees of the two brands. Pick the right audience, give away ice cream in July, and it's hard to go wrong! ;-) (Related: Food blogger turned purveyor & intermediary.)

Spotted by: Brandweek via Raymond Kollau

Some 6 million people visit Twitter each month, so it's no wonder applications for the platform are coming fast and furious. Not only can consumers use Twitter to track their favourite taco truck, file civic complaints and apply for jobs, but they can now track their packages as well thanks to a new application from North Carolina-based Signal Engine.

Users with packages to track begin by following PackageTrack on Twitter (@packagetrack), causing the free application to follow them in return. They can then direct message PackageTrack with the nickname of a package they'd like to track along with its tracking number, separated by a colon—"Red Dress: 23345631243," for example. PackageTrack then notifies them by Twitter each time the package's status changes, including a Google Map illustrating its route. Launched earlier this year, PackageTrack currently tracks only UPS, USPS and FedEx packages, but it says it will be adding more carriers soon.

All the world may have once been a stage, but today one might say it's a microblogging platform; no longer merely players, all the men and women now tweet and follow. What is *your* brand doing to reach customers on Twitter...?

Email ThisBlogThis!Share to TwitterShare to FacebookShare to Pinterest
Labels: Poultry and Meat

Rebranding exercises in Arabia::: Looking ahead of Logos

In Arabia Mainstream brands have undertaken rebranding initiatives to shed their old corporate images and position themselves in a new, more modern light. Some have simply upgraded their logos, while others went much deeper. Which leads branding enthusiasts to wonder, just what is the difference between an identity refresher” face lift” and a true rebranding?

People are sensory beings. Yet branding is typically defined through the single sense of sight. To merely focus on the visual element of a person's interaction of a brand (logo, pantone colours and so on), it fundamentally misunderstanding people. Sound alone has an immense impact on the experience that people have with a brand. This realisation amongst brands has led to a significant increase in brands investigating what the Sound of their Brand is, what it means to consumers and how it needs to evolve.

It is true that the rebranding goes beyond logos but it is an interesting place to start. As visually oriented creatures, we conceptualize a brand into a logo (and perhaps the sum of its parts). If the brand represents an interface, through which the consumer interacts with the organization, then the logo is a useful touch point.

Is changing the logo enough?
In situations where firmly established brands become outdated, rebrands can be tricky, and often resemble identity makeovers rather than full-blown rebrands.

But is this logo change enough to bring brand’s into the modern marketplace—especially one that’s hypercompetitive?

There is no reason to completely rebrand a brand that isn’t suffering from an internal identity complex. Sometimes creating an effective logo is enough to upgrade an identity and penetrate markets. According to an executive creative director “There are some brands where heritage is important and it is foolish to get rid of it, in order to stay relevant with the times.”

Brand identity in Arabia
“The notion of brand identity as representative of something more than a recognizable symbol is relatively new in India…brand names and symbols in the past often did not represent something that the brand stands for.”

Today, however, brands in Arabia are moving beyond a simplified view of the marketing and advertising world and see the need to comprehensively rebrand themselves. The proliferation of several international brands in recent years has caused several homegrown brands to undertake an all-embracing approach to their brands.

3. and greater reach through media

pressure on brands to resort to an identity makeover, to realign themselves in the new environment is increasing “It should not be like a trip to a hair salon, where after two weeks your hair goes back to normal. It should go beyond just a cosmetic change, where only the logo is altered, but should reflect a fundamental change in the company.”

Tweaking a logo and leaving everything else unchanged is pointless. “A logo change raises expectations, both internally and externally,” . The branding exercise should not be isolated to the letterhead; it should be an experience for the customer. The moment one steps into the office, employees should be able to feel it just as they expect their customers to. As a rule ;The old logo portrayed trust, warmth and confidence. However, with the entry of many me-too’s trust could no longer be the key differentiator for the brand. So the new logo, along with the tagline supporting the logo upgrade might add a fashionable, young and international image of any brand.

The logo change was only a small part of the rebrand. “ a deep-rooted A 360-degree approach across customer touch-points to be taken to convey the new identity (merchandising display exhibits, new uniforms …etc.)

In organizations that are several decades old, employees are entrenched within the system and find it difficult to come to work one morning and adopt newer systems.” Change must be gradual in order to be effective.

For a new identity - image overhaul -to be effective ..the makeover has to be an experiential makeover, and not an advertising makeover in a way to involves integrated transition in systems, processes, employee orientation and customer experience without destroying the core values it was founded on.

Smart transformation is the key driver here to retain the essence of the brand’s heritage, while projects a contemporary image in sync with today’s lifestyle.

Finally , talk to your users “consumers”… they know better …