Reebok has a history of inventive workout disciplines, recognizing that women like to enjoy themselves while exercising, starting with the simple Step Reebok in 1989.
Following survey of 15,000 women across 25 countries in 2008, Reebok found that less than 25% of women work out often. The findings showed that nearly two thirds (61%) of all women would workout more if it was more fun. More than half (54%) felt exercise was a chore.
Reebok teamed up with global acrobatic circus entertainment company, Cirque du Soleil, to create an innovative gym work out called Jukari Fit to Fly. 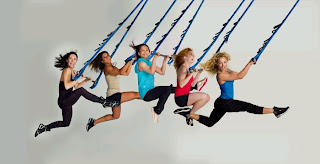 It is the first in a series of initiatives to come out of a new, long-term partnership, first formed in early 2008. In the eight months of development, Cirque du Soleil ensured that every move was inspired by the real moves of its acrobatic artists. Jukari Fit to Fly is an hour-long work out on a specially-designed piece of equipment called the ‘FlySet’, a durable three-stranded rope fixed to the ceiling, with a 380 degree swivel point at an adjustable length with two attachment loops. A bar is placed through the loops to create a sort of trapeze. The workout gives the sensation of flying while strengthening and lengthening the body. 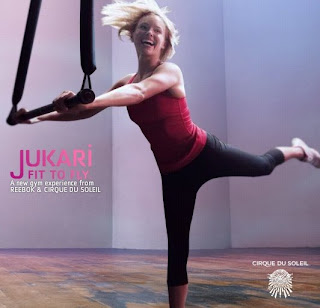 The class was launched in gyms in 14 cities around the world, including Hong Kong, Mexico City, Madrid, London, Krakow, Munich, Seoul, Kuala Lumpur, Buenos Aires, Santiago, Montreal, Los Angeles, Boston and New York.
To complement the class, Reebok has created two collections of women’s fitness clothing and footwear – On the Move and the Reebok-Cirque du Soleil collection. Both consist of product which can be worn for a range of fitness disciplines, from running to yoga, JUKARI Fit to Fly to tennis. All have been developed and designed with a deep understanding and knowledge of the unique way a woman’s body moves. 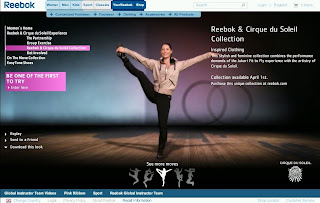 The launch was supported by a global campaign spanning online, outdoor, in store and in print featuring imagery of Jukari Fit to Fly.
at April 17, 2009 1 comment: 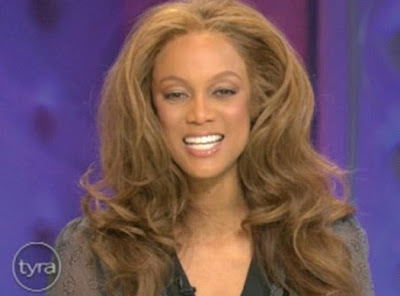 
Cellulite is a problem for a large number of women between the ages of 20 and 50, but most are skeptical about the efficacy of topical creams.

Nivea wanted to address this skepticism and relate personally to women’s experiences and feelings about their cellulite.

Nivea’s Good-bye Cellulite product launched in 2007 in partnership with the Tyra Banks Show, using real testimonials of women who had seen dramatic results from using the product.

Nivea decided to extend the partnership for 2008 and leverage the implied endorsement. The 2008 partnership spanned a series of Time Warner properties, including The Tyra Banks Show, People Magazine and Extra. The Tyra Banks element saw two full segments on the show – the first introduced the “Goodbye Cellulite Hello Bikini Challenge” participants and the panel of Nivea experts.
The second revealed the women’s fantastic results, with Tyra Banks herself discussing the product. People magazine followed the journey of the women taking the challenge. Readers were given a behind-the-scenes look to a Nivea sponsored fashion show, with the models attesting the effectiveness of GBC. 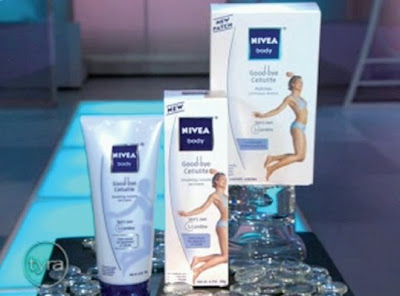 As a result of the campaign, Goodbye Cellulite increased sales by 50%. After the airing of the second integration on Tyra and the People advertorial, GBC Gel and GBC Body Beauty were the #1 and #2 ranked products in the category.
The GBC integration on Extra! helped Nivea become the #1 brand in the category for the first time in history Sears::: Back to school 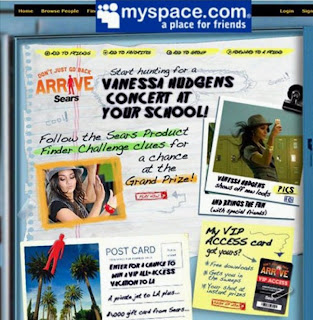 
For Sears, the back-to-school (BTS) season is the only promotional period the retailer directly targets and involves younger shoppers.
Among teens Sears is rarely considered cool, so the challenge was to prove to teens that Sears had the apparel and styles to help them really "arrive" back at school.
This was to be part of a continued dialogue throughout the year, as Sears realised that you can't just talk to teens once a year and expect them to care about your brand.
Sears understood that the BTS season was incredibly important to kids, they would be seeing their friends for the first time in months and needed to make the right impression.
To generate excitement about Sears product offering and build an aspirational relationship, Sears aligned with Vanessa Hudgens, star of teen phenomenon High School Musical. 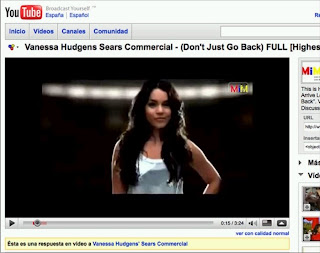 With Vanessa as brand ambassador, the strategy positioned Sears as the reference provider of the BTS looks and playground currency to impress.
Vanessa, dressed in Sears, starred in a TV commercial; series set as a musical, wearing the winning look for the 'first day' of school in the final act.
Sears' Arrive Lounge microsite was created, featuring Vaness Hudgens behind-the-scenes footage, content, opt-in mobile offer alerts, downloads and tools (video/music mash-up tool, apps to link to social networks).
Visitors registered for VIP Access Card and entered a sweepstakes to win a concert at their school with Vanessa. Card holders received weekly emails/SMS giving clues to hot items only to be found at Sears stores. When items were found, keywords were texted for a sweepstakes to get a Vanessa concert at your school.
A cross-channel sponsorship of MTV movie, “American Mall”, integrated product and aligned Sears’ partnership with Hudgens, the lead actress.
To drive traffic to “Arrive Lounge” Sears teamed up with highly trusted teen social networks and destinations: Facebook, MySpace, Seventeen, CosmoGirl, Addicting Games, FunBrain and Neopets to be part of and add value to their own customizable virtual worlds: Integrated “Arrive Lounge” into custom virtual worlds with exclusive content, videos, freebies and bespoke games for each environment; Sears virtual boutiques offering clothing, backgrounds, and animations to get ready for the new school year; Parties, Fashion events, Catwalk contests where users interact and celebrate the best of BTS fashion and Sears virtual stores offering exclusive apparel for their avatars, with online trading currency. "Intention to shop at Sears for BTS items" was up 5% among tested audience.
at April 16, 2009 No comments: