Fuck You Aids! It means exactly it: to fuck the HIV. Rather, to anticipate his transmission. Because if at the moment of supporting sexual relations we use ALWAYS condom, we will kill to the AIDS and to other sexually transmitted diseases.
The AIDS is BAD it respects no age,  sex, nor religion or social class. It is aggressive, virulent and bad-mannered. Such a complex problematics, full of edges that to interpret and factors of diverse nature that to neutralize deserves a simple, direct and forceful response. Because of it, we are going to treat to the AIDS like it deserves, giving him a good dose of his own medicine.


SOLUTION: Contrastrategy: instead of realizing the unique and weak graphical piece… we extend the pre-established diffusion, adding channels or means of diffusion and applying the message in a real sweep 360º.

For it, we design a universally strong concept that includes an integral campaign and of length crossed of prevención/concienciación governed under the unique phrase that says our worse desire to the disease: that Fuck You AIDS! This way and only this way: hating it and wishing the worst thing him, we will be conscious of using condoms whenever we support sexual relations of risk and will create again the habit of use that so much and damage it will cause him to the disease. 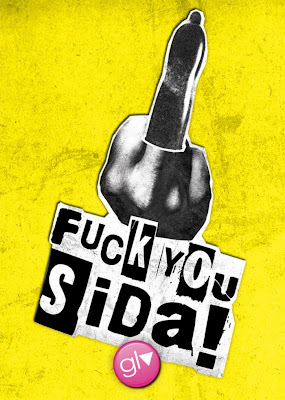 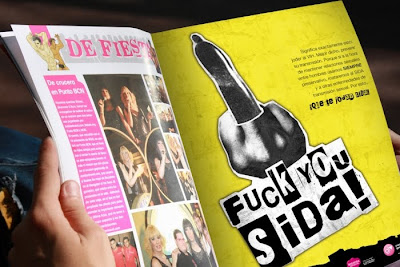 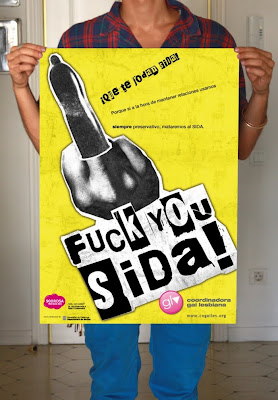 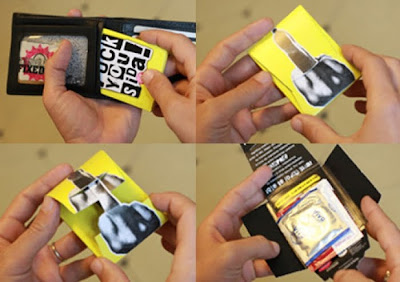