This map was done by Adrian White at the University of Leicester (2009). It's a sobering snapshot of a largely unhappy world
at January 23, 2010 No comments:

Diesel, the international jeans brand, is launching “Be Stupid“, a campaign that encourages consumers to take risks and move beyond the smart and sensible track for life. Be Stupid, is banking on a rather unconventional philosophy. It hails stupidity as a truly brilliant philosophy to follow. “Stupid is the relentless pursuit of a regret-free life. Only stupid can be truly brilliant.”- The campaign says. There are also a lot of interesting observations presented in the campaign like- Smart may have the brains…but stupid has the balls.
The campaign, developed at Anomaly London, includes online, press and outdoor advertisements featuring “stupid” acts, a digital recruitment campaign for the Diesel music video/2010 catalogue, and viral activity outlining the company’s Stupid philosophy.

Though the campaign is based on stupid philosophy, it tries to urge people to take risks and move beyond the smart and sensible track for life.

At recruit.diesel.com Anomaly is looking for stupid acts to include in the up and coming Diesel Stupid Music Video. Starting a band, building a tree house or an art installation? Here’s the chance to be one of the 100 creative acts from around the world starring in the music video which will double as the 2010 Diesel catalogue.

The Be Stupid Diesel Manifesto, with music, Seven Nation Army, performed by White Stripes.
Click on the image below to play the video in YouTube (HD)

Like balloons, we are filled with hopes and dreams. But. Over time a single sentence creeps into our lives. Don’t be stupid. It’s the crusher of possibility. It’s the worlds greatest deflator. The world is full of smart people. Doing all kind of smart things… Thats smart.
Well, we’re with stupid. Stupid is the relentless pursuit of a regret free life. Smart may have the brains…
but stupid has the balls. The smart might recognize things for how they are. The stupid see things for how they could be. Smart critiques. Stupid creates. The fact is if we didnt have stupid thoughts wed have no interesting thoughts at all. Smart may have the plans… but stupid has the stories.
Smart may have the authority but stupid has one hell of a hangover. Its not smart to take risks… Its stupid.
To be stupid is to be brave. The stupid isnt afraid to fail. The stupid know there are worse things than failure… like not even trying.
Smart had one good idea, and that idea was stupid. You can’t outsmart stupid. So don’t even try. Remember only stupid can be truly brilliant.
So, BE STUPID
Click on the image below to play the video in YouTube (HD)

More From the Campaign 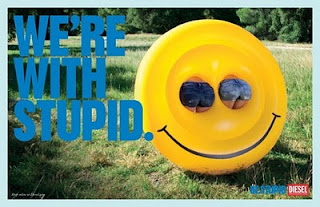 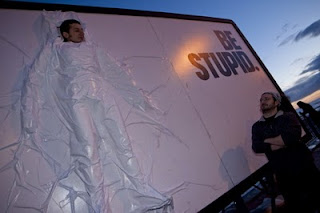 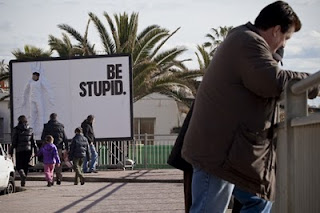 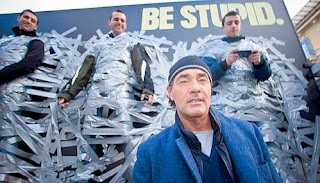 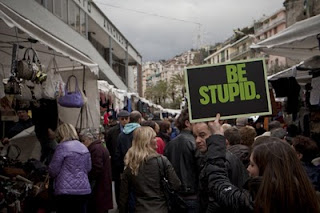 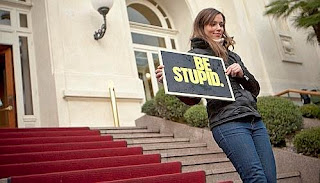 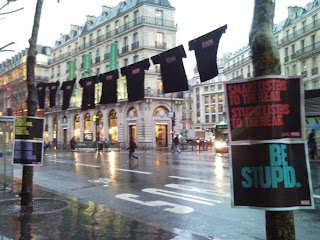 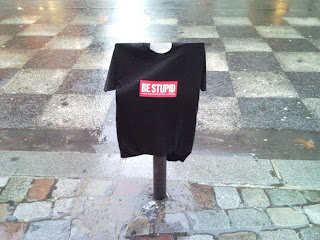