The Natural Confectionery Company is Cadbury’s Schweppes product line containing no artificial colours or flavours. We asked Simon Gregory of interactive specialists Weapon 7 to explain how online strategy and CRM played a part in the brand’s successful relaunch.
Turning awareness into brand engagement: or combining the power of broadcast with the power of online Our key challenge in launching The Natural Confectionery Company for Cadbury was how to ensure that we converted awareness into brand engagement and subsequent purchase.

TV ads were doing a great awareness job, each one was a wonderful Fallonesque cultural happening. In fact consumers loved the ads so much they were in danger of becoming a victim of their own success; we soon learnt that just because people liked the TV ads, it didn’t necessarily follow that they liked the brand. This meant that any ‘campaign-centric’ CRM strategy focused solely on the ads could prove counter-productive. So we treated the TV ads as an introduction to the new brand; as the start of a conversation, taking those who demonstrated an interest in them on a journey.

The indication that you were interested would probably start with online search. We listened to the online conversations prompted by the ads and encouraged people to engage with us further through social media channels including Facebook and a YouTube Channel, a web- page promoting data-capture and an on-demand TV show called Packet Life.
In each channel we provided people with further content that built on the TV ads, such as behind-the-scenes clips or an animation. If they engaged with it, we then tempted them to try a free sample and opt-in to stay in touch. The brand’s YouTube channel is here: www.youtube.com/user/natconfectioneryco
Over time we continued to deliver further expressions of the brand to our audience through a host of games, emails, applications, invitations to visit our new site and Facebook gifts (over 140,000 in the UK alone). And, where relevant, we dropped them a little note or message letting them know. Each interaction acted as another step towards brand engagement and ultimately purchase.
To date, our research suggests that when we have converted awareness to trial, whether sampled or through purchase, we have created consumers that quickly add the product to their profile of preferred sweets. Plus, we now have tens of thousands of people engaged with the brand and product keen to stay in touch. The big idea is now lots of little relevant ideas. www.naturalconfectionery.co.ukwww.weapon7.com
at April 04, 2009 No comments:

January 21st, 2009
It was pretty much the worst case scenario realized for retailers last month. Retail sales declined 2.7 percent in the all-important month of December, drawing to a close the worst holiday season since 1969.
With consumer confidence still at record lows, how can a typical retailer hope to survive such dire circumstances? While there are no easy answers to address this multitude of problems, it’s time for retailers, especially those in the SMB space, to embrace digital marketing to help survive and possibly even thrive in the current economic conditions.

Digital marketing should be top of mind for anyone in the SMB sector, and this is especially true for retailers, both online and “brick and mortar.” Here are a few reasons why:It’s Affordable-

Unlike other more traditional marketing channels, digital vehicles like email and SMS should be within the budget of even the smallest of retailers.It’s Trackable-Lower revenues and disappointing sales mean it’s time to re-focus on maximizing ROI, and digital marketing in its very nature is designed to be trackable. Whether you just want to see how many people respond to a specific offer, or you need more sophisticated conversion tracking, you can monitor, in real time, the effectiveness of your digital marketing efforts.
It’s Attainable-Gone are the days where only larger companies could effective deploy and manage digital marketing strategies. This is especially true for mobile marketing, in which SMB retailers can use applications like our mobileStorm SMS platform to quickly and easily launch highly effective campaigns, such as mobile coupons.It’s Adaptable–Being stuck with an ineffective marketing campaign can be a serious blow to a retailer, both in terms of lost revenue or even your reputation. Changing course in the traditional media outlets can be cost both time and money.
In the digital realm, however, such corrections can be done with minimal effort and expense.It’s Personable–Most forms of mass communication are geared towards the mass market, meaning that the same message is applied across a wide section of potential consumers. Digital marketing allows you to take an inverse approach, giving you the flexibility to customize your offer to a much smaller (and arguably more effective) niche audience.
It’s Inevitable–Whether or you are currently engaged in digital marketing, the fact is that eventually you’ll have no choice but to use it.
at April 04, 2009 No comments:

Pepsi logo was initially all red. That changed inl the 1940s with the advent of World War II
"Patriotism" To show support of the war, Pepsi unveiled a new bottle cap that featured the Pepsi script surrounded by swirling red and blue colors on a white background.
Since Pepsi was recognizable with its script logo in the same manner as its main rival Coca-Cola at the time, the cap logo was simply meant as a show of U.S. patriotism as opposed to a marketing scheme.
The cap logo, however, quickly caught on, and by the end of the war in 1945 became Pepsi's primary logo....
at April 04, 2009 No comments:

While its virtual fitting room lets you see how you might look with different hairstyles and colors, and you can quickly determine how different garments will look with each other, it's not going far enough yet. It's similar to an Interactive Mirror concept we showed you a couple of years ago. But we'd like to see how the clothes look with the exact measurements of the prospective buyer.

This is heading in the right direction, though. The ultimate goal, called e-fit, involves stepping into a 3D scanner, and getting measurements of your body. Then, clothes can be digitally painted onto that image, for a realistic look at the results. Still, there's one more drawback — the final frontier of online clothes shopping: How does the material feel? 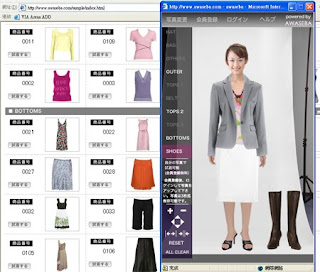 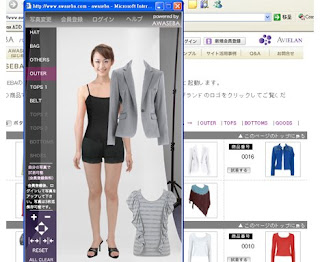 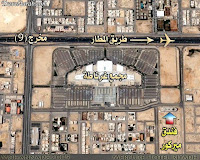 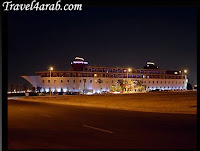 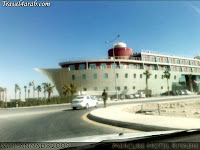 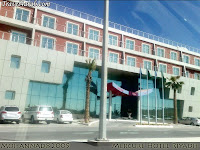 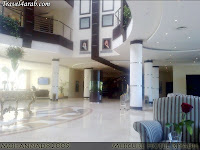 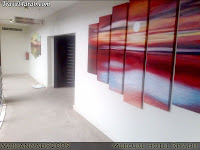 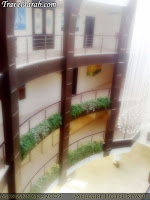 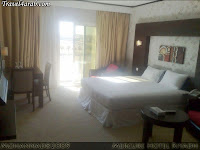 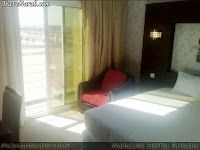