Smelly Postage Stamps
Australia Post spokesman Noel Leahy said the stamp was a sensory explosion "sure to rekindle warm feelings for every romantic out there".
Mr Leahy said he hoped the initiative would encourage lovebirds to shy away from sending a less romantic email or SMS on February 14 this year.
"Sending an SMS or email doesn’t have the same impact as a card you choose personally and accompany with a hand-written message of love," he said in a statement.
"The value of a heartfelt love letter and scented stamp is priceless."
Smelly packaging shall enforce impulse purchases
The scent of chocolate is now being incorporated into a new packaging method with hopes that it will induce impulse purchasing in would-be consumers. â€˜Chocolatine,â€™ as the product is 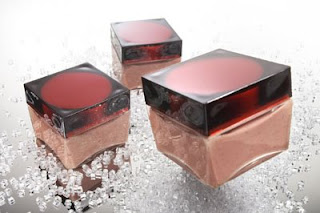 being called, doesnâ€™t have any specific product ties yet. At this stage, itâ€™s basically a new style of glass capsule designed to emit fragrances and distribute them over long periods of time. The project combines technologies from Eastman Chemical Company, Eurofragance, Rotuba and EJ Pack.
Rotuba is responsible for the development of the jar lid that captures the fragrance of Chocolatine, which also has notes of vanilla and orange. In time, project developers say that the smelly packaging could be used to market products such as DVDs. Also, here’s a Chocolatine press release from EMG

A Commercial You Smell
Nivea was the first company to utilize scent to add a new dimension of realism to cinema advertising. As moviegoers watched a typical beach setting, the scent of suntan lotion filled the theater. The ad, ending with the line, “Nivea. The smell of summer.” engaged a sense that is always on. The scent tapped into people’s memory and invoked a psychological trigger that significantly increased the ad’s impact. Exit polls showed a 515% higher rate of recall compared to the same ad shown without the scent. 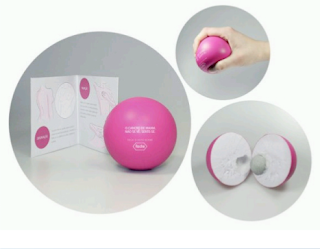 In Portugal, 4,500 new cases of breast cancer are detected annually. Roche, the world’s largest cancer-treating drug company, is raising curiosity and generating awareness regarding the importance of self-exams using stress balls with a “lump” inside and the message: “You don’t see breast cancer. You feel it. Do the self-exam.” By physically squeezing the ball, women were shown what to look for and just how vital self-exams are. There program has inspired a 22% increase in mammograms and 28% in hospital visits 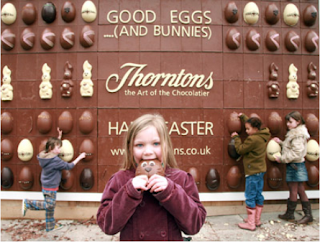 A Billboard You Taste
Instead of just talking about how good their chocolate tastes or showing an appealing visual, Thorntons Chocolate Company decided to actually let people try their product with an edible billboard. Thorntons created the world’s first chocolate billboard (just in time for Easter) consisting of ten massive chocolate bunnies, 72 giant chocolate eggs and 128 panels made of pure chocolate. People walking by were encouraged to sample pieces of the 860-lb. 14.5×9.5 foot billboard and have a literal taste of the product.