Most people don't find turkey very compelling. Jennie-O does, and their innovative product portfolio has introduced new ways to prepare and enjoy turkey. One example is Jennie-O's Oven Ready fresh-frozen turkey. Oven Ready allows you to make a perfect whole turkey without thawing, cleaning or prepping. It comes sealed in a fool-proof cooking bag which goes straight from the freezer to the oven.

Thanksgiving, “the Super Bowl of Turkey,” is owned by BUTTERBALL. The BUTTERBALL brand enjoys near-universal awareness of 96% (Source: GFK Research 2006 brand awareness tracking study) and U.S. sales of $600 million (Source: 2006 Smithfield Foods Investor Information). The purchase and preparation of the iconic BUTTERBALL traditional turkey has been a Thanksgiving ritual for over 50 years.

Jennie-O's desire to introduce Oven Ready's game-changing proposal around the “star” of the Thanksgiving meal posed a considerable strategic challenge.

Since Oven Ready's 2004 introduction, Jennie-O had seen modest growth in awareness and product interest. The feeling at Headquarters was that Oven Ready was not living up to its market potential. Thanksgiving '06 was earmarked as a “make or break” season, however the Oven Ready media plan budget had to remain under $3.5MM consistent with previous years-$3.3MM in '05 and $3.1MM in '04 (Source: Jennie-O Historical OR Market Plan Overview).

“Our idea was to rekindle memories of the mess that comes with preparing a traditional turkey while communicating Oven Ready's hassle-free, perfect turkey promise.”

We also began to understand the limits of our product offering. We're not for everyone. Oven Ready isn't the turkey for “first-timers” or “center-piece artisans” striving to impress on the big day, but rather for all those who can relate to the pain-in-the-neck mess that comes with thawing, cleaning and prepping a traditional bird.

If we could somehow harness the power of these rich, albeit negative, experiences to the promise of Oven Ready, we believed we could begin to achieve Oven Ready's market potential.

BRINGING THE IDEA TO LIFE 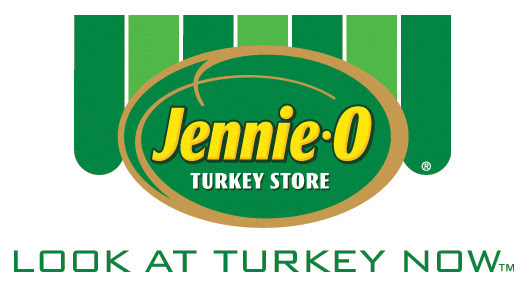 Our communication strategy was to rekindle memories of the messy hassles surrounding the traditional Thanksgiving turkey while portraying Oven Ready's perfect turkey promise.

We identified an attitudinally-defined target, “Promise Seekers,” who are Thanksgiving – experienced meal-preparer, willing to pay more and break tradition for Oven Ready's promise of a great tasting turkey without the mess (Source: Hall & Partners A&U 2006 Study).

To maximize the effectiveness of our $3.3MM media budget, we concentrated the vast majority of our plan within the two-weeks prior to Thanksgiving 2006. Our media strategy was to reach “Promise Seekers” via multiple touch points as close as possible to their purchase decision. A mix of focused national and local market support delivered the plan.

Interactive: There is a surge of online communication around Thanksgiving as families set plans for the Holiday. To get Oven Ready into conversation, we took advantage of people's tendency to pass along silly Thanksgiving related humor and created two viral videos based on real-life traditional turkey “nightmare stories.” These were posted on YouTube and Jennie O's website. Additionally, we created and placed a branded “Turkey Baster Toss” online game to communicate our no-basting benefit.

PR: While not part of a formal PR plan, we passed along our viral videos to some national TV networks hoping they'd take notice and give us a little bonus coverage.

Product Placement: Some skepticism existed to Oven Ready's “perfect turkey” promise because of its untraditional “turkey in a bag” packaging. A partnership with NBC's “The Biggest Loser” series provided an on-air demonstration of Oven Ready's convenience and out-of-the-oven appeal in a national “reality TV” format.

Retail Experience: Boosted by our trade sell-in program – “Ask me why I'm perfect,” we were able to surround our Oven Ready grocery store displays with floor graphics and other in-store tactics which conveyed the easy steps to a perfect turkey.

Word of Mouth: We enlisted a word of mouth specialist agency partner, to sign on 3,200 targeted women in 5 DMA's to sample the product and generate discussions about Oven Ready's ease of preparation and overall taste.

Additional Marketing Components: A supplemental PR program created outside of our “Look at Turkey Now” campaign featured the daughter of Jennie O's founder (the Jennie namesake) talking about the benefits of Oven Ready. The effort resulted in 879 local print and radio placements (Source: Jennie-O 2007 OR Market Review).

Anything Else Going on that might have Helped Drive Results?

2006 was Oven Ready's third year in the marketplace. While our success was significantly greater in 2006 than in previous years, we do believe we benefited from some 2005 carry-over marketplace and awareness momentum. One nice awareness push came from an on-air, unpaid endorsement by Ellen DeGeneres on her talk-show in which she raved about the product prior to Thanksgiving 2005.

Lamb with your tennis? 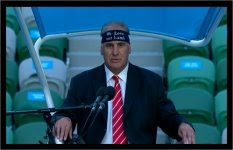 In 2008 it took advantage of this fact and turned the tables on broadcasters. Instead of booking a standard schedule it asked broadcasters what they would do to win access to its content. The result was unprecedented integration
Meat and Livestock Australia Australia 2008
at March 14, 2009 No comments: