Made by Forsman & Bodenfors 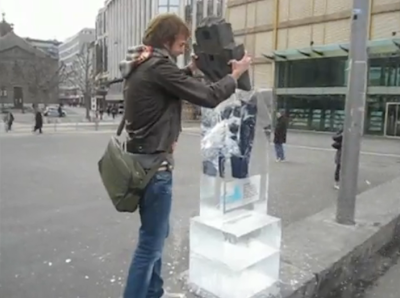 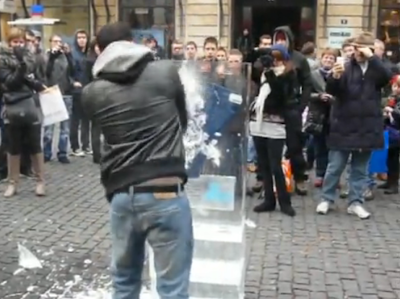 Diesel and its recent campaign "Sex sells" was held early in March an unusual show in the streets of several cities in the Netherlands, Belgium and Luxembourg.
In collaboration with one of its outlets in Amsterdam, the brand has the appropriate attributes of a city that contributes to its reputation as the Venice of the North, the Red Light District and animated displays.
For part of the campaign instore "Sex Sells", the entire store: both at the POS as a fitting room, vendors, etc. ... has been amended to highlight this famous leitmotifs "sex sells" ...T
Diesel is completely integrated into a dynamic called 360. Failing to value the mass media such as television,  direct action, in-store, PR stunt, and this online and offline! 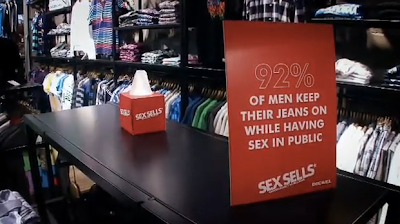 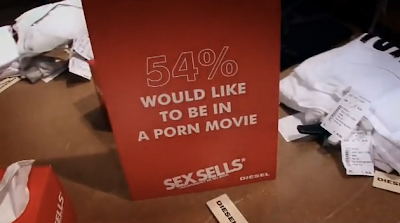 Kimberly-Clark| Cottonelle|toilet paper should roll over or under?

In January, Kimberly-Clark's Cottonelle launched a contest asking consumers whether toilet paper should roll over or under. Well, the debate was settled by Oscar time, with people in the national poll choosing "over." Now, the brand is back with the next step in the campaign to keep the conversation going. It's promising a "recall" of any bath tissue that doesn't roll over. The campaign, created by JWT London (but running in the U.S. and Canada), includes TV and outdoor ads that show the company "recalling any toilet paper which doesn't roll over." Cottonelle brand manager John Stanwood says: "We wanted to counter the theory that all toilet paper is the same and come up with an idea that was eye-catching, compelling and light-hearted."

Axe|Save water by showering together

Today is Earth Day, and Axe Canada and ad agency Zig are sexing up the proceedings by recommending that you share your shower with significant others to conserve water.
A facebook app created by Zig that encourages people to showerpool. Check facebook/axecanada. Popout
at April 23, 2010 No comments:

Email ThisBlogThis!Share to TwitterShare to FacebookShare to Pinterest
Labels: AXE

Only The Brave: Iron Man Limited Edition debuts this month in department stores and boutiques via a deal between Marvel Entertainment and Diesel. The partners are supporting the licensed product launch with a dedicated website, downloadable video games and online contests. Packaging will probably stand out in the sedate fragrance aisle—it's a bright-red clenched fist, made to look like Stark's costumed, crime-fighting alter ego. nking man's superhero, but his franchise is turning out to be the marketing maven's holy grail.