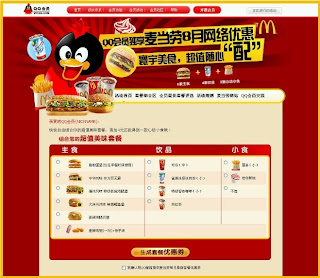 Discount coupons are an important element in driving in-store traffic, but McDonald’s wanted to help lower cost of its coupon strategy while breaking through the cluttered coupon market and targeting 18-25 year olds.
McDonald’s came up of a way of putting the target audience in control of their coupon – allowing them to customize their personal coupon according to their preference.

McDonald’s partnered with China’s largest online network QQ, and created an advertising banner that was embedded within the QQ Member Instant Messaging screen to encourage click-thru.
After clicking on the banner, users are able to customize their meal according to their preference.
They could then either print or download their personalized coupon onto their mobile phone.
In just 4 weeks a total of almost 550,000 clicked through and some 800,000 coupons were created. 680,000 QQ members downloaded the coupon onto their mobile or printed them after having customized them. 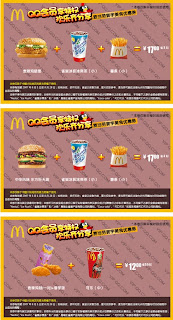 This represented a 43% conversion for McDonald’s. Furthermore, 190,000 people redeemed their coupons at a McDonald’s store, giving the campaign a total response rate of 11.87% (compared to a traditional insertion coupon campaign that yielded a 0.62% response rate).
at April 24, 2009 1 comment: 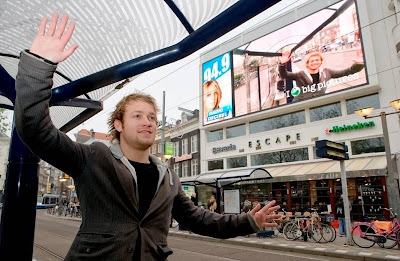 For the launch of its C905 model, which boasts an 8.1 mega pixel camera, Sony Ericsson transformed a bus shelter at Rembrandtplein in Amsterdam into a photo studio.
The aim of this campaign was to demonstrate the camera’s capabilities, with a special focus on how the mobile imaging of this model is as good as any digital camera.
To illustrate this, the panel was fitted with a touchscreen, which passers-by could interact with. The panel was fitted with a C905 camera, and people could pose for a photo in the bus shelter and then have their image transferred to a large 87m2 screen opposite.
The campaign took seconds but gave everyone who wanted it their 15 seconds of fame.
at April 24, 2009 No comments:

Email ThisBlogThis!Share to TwitterShare to FacebookShare to Pinterest
Labels: ONLINE/MOBILE, OUT OF HOME, Telecoms and electronics 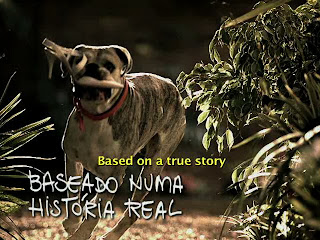 
In Brazil, people have developed their own interpretations of what it means for an experience to be “Priceless" independent of MasterCard’s landmark campaign.
Many Brazilians' personal expressions of moments so special one cannot put a price tag on them were already online in video and blog-posting form. MasterCard could not ignore the opportunity to marry the pre-existing affinity for this concept to a whole new level of affection for the credit card brand.
Brazilians are the most active social networkers in the world: 76% percent have an online profile and 56% manage their profiles daily. 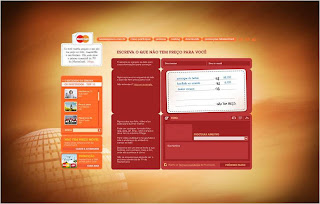 MasterCard’s goal was to move its “Priceless” concept forward using user-generated content (UGC) and social networking capabilities.
It launched a central site (http://www.naotempreco.com.br/) inviting Brazilians to share real events from their lives. The winning submissions were taken on as TV spots, with many others used on cable TV, magazines, newspapers and online.
MasterCard teamed with the SBT variety show “Domingo Legal”—the most popular Sunday TV program in Brazil—to feature viewers’ “Priceless” moments. One-minute “Priceless” segments were showcased on AXN and Sony cable channels, which offer the highest penetration for MasterCard’s upscale target audience. Viral networks, search engines and social networks were also engaged.
This was the first time any financial services company in Brazil had ever attempted to use UGC in a marketing initiative. Some 63,000 “Priceless” ideas were submitted via http://www.naotempreco.com.br/. The site had 36 million page views.
at April 24, 2009 1 comment: 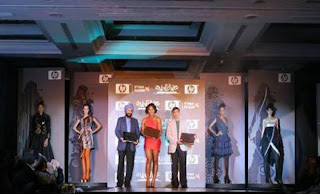 
Hewlett Packard dominates the notebook market in India with its two brands - Compaq and HP Pavilion.
Due to its price premium, HP Pavilion is the more lucrative brand, so HP wanted to position this brand as amore fashionable laptop.
To make HP Pavilion a fashion brand, it needed to be seen by the right people in the right place.
HP Pavilion sponsored Indian Fashion Week in Delhi and, recognizing that celebrity endorsement is 62% more influential in India than elsewhere, decided to leverage the HP ambassador Serena Williams, who was visiting at the time to play the Bangalore Open.
While she was a tennis icon, she was not immediately associated with fashion. HP discovered that Williams adored hip designer duo Nikhil & Shantanu – the toast of Indian fashion. So the designers were commissioned to create a collection based on the skins of the limited imprint edition HP Pavilion for Williams to wear.
HP created 12 fashion-themed road shows in regions near Delhi as well as an online campaign and TV campaign on Fashion TV. HP also held a press conference with Serena Williams following the Bangalore Open, held as part of Fashion Week. It was staged as a fashion show, with Serena walking the catwalk with models wearing the Nikhil-Shantanu collection.
The entire cost only around $200k USD. The Limited Edition version of the HP Pavilion was out of stock in within two months. 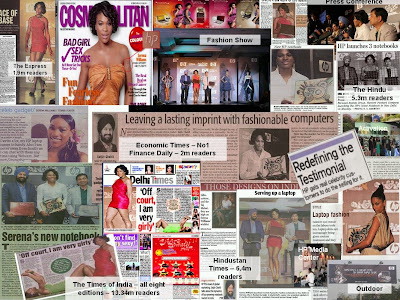