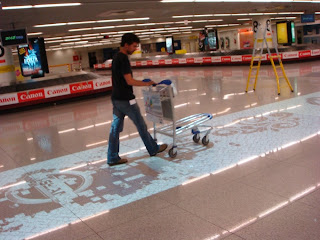 Nissan’s 360 Convention came at the end of a successful launch year for the Nissan Qashqai. The month-long event in Portugal, attended by automotive journalists from around the world, provided a great opportunity to gain further exposure for the Qashqai model.

Nissan wanted to make an impact from the moment the journalists’ planes touched down. Identifying the arrivals section of the airport as an area often associated with waiting and boredom, Nissan decided to liven the experience up, not only for the journalists, but the general public too.

A 34 metre-long sidewalk was installed in the arrivals lounge of Lisbon airport. Motion activated, it simulated the black and white paving stone effect of a Portuguese pavement, gradually disappearing to reveal the Qashqai model and logo.

Over 700 000 travelers passed over the interactive walkway, including the 650 journalists originally targeted. A large media buzz surrounded the walkway’s installation and reinforced Nissan’s reputation as a brand with an innovative communication strategy. 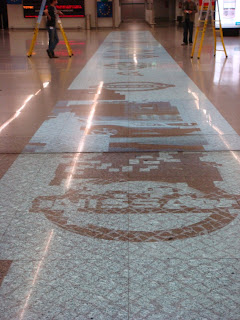 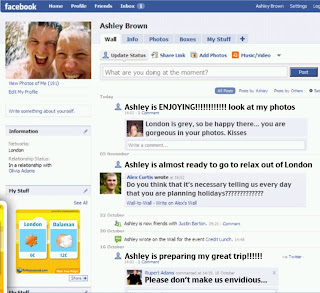 Using direct online sales channels had proved successful at driving up sales for Thomas Cook's flight portal flythomascook.com (FTC), but the approach hadn’t impacted on brand awareness or lead to a more meaningful relationship with consumers.

Users tended to only come into contact with FTC at the point sale. FTC decided to capitalise on what it termed as ‘holiday gloating’ – the phenomenon of building up to a holiday, bragging about when you’re going, where you’re going and what you’ll do when you’re there.

Targeting the social networking-savvy 18-34 age group, FTC created the Holiday Widget. The widget could be downloaded to the user's social networking profile and personalised with all of their essential ‘gloating’ information such as the destination and the weather conditions. What’s more, when the user was actually on holiday, they could upload comments and photos from their phone or PC – perfect for creating ‘holiday envy’.

Released in September, FTC achieved 13,800 widget downloads in its first 6 weeks; it was Facebook’s second most downloaded application in October. It also drove additional traffic to FTC’s website that resulted in an 8% year on year increase. All the costs of the campaign were covered by week 1 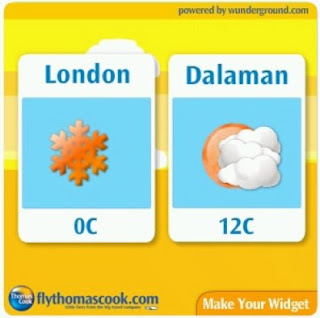