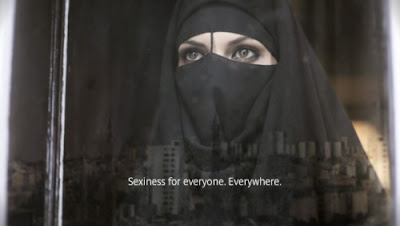 The Berlin Agency GLOW has created a TV-Spot ware you see an oriental beauty putting on her tights, then her bra and finally her panties. She views herself in the mirror and shows some naked skin. In the end she puts on a black dress, that turns out to be a  burqa. The claim says: “Sexiness for everyone. Everywhere!” The client is www.liaison-dangereuse.com, an exclusive German Online-Shop for Luxurios Dessous.

Backed by the Global Environmental Facility (GEF), the World Bank, and the International Union for Conservation of Nature (IUCN), the French-based Save Your Logo was founded to support the biodiversity of the plants and animals represented on logos across the world. The initiative also focuses on education and community engagement in efforts to help preserve a healthy planet.

Clothing company Lacoste, whose iconic crocodile logo has adorned tennis shirts for over 80 years, is one of the first companies to embrace the initiative. The brand will actively support projects selected by the program to “safeguard or protect endangered crocodile, alligator, caiman or gavial species, whose loss would jeopardize the biological balance of their natural habitats.”


In 1927 when René Lacoste chose the crocodile as his emblem, he hadn't imagined that 80 years later millions of people would bear this logo. He hadn’t imagined either that the crocodile would be threatened to disappear one day. Today, within the Save Your Logo initiative, Lacoste commits itself to…the preservation of Earth biodiversity.

French insurance company MAAF and ski resort Val d'Isère have recently signed on to protect the dolphin and eagle, respectively.