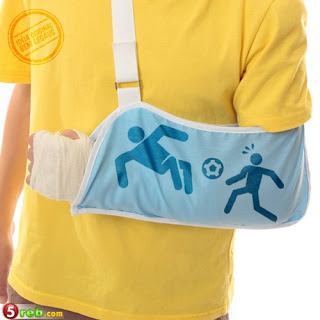 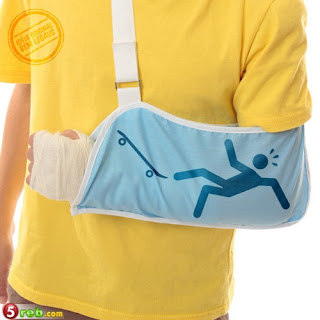 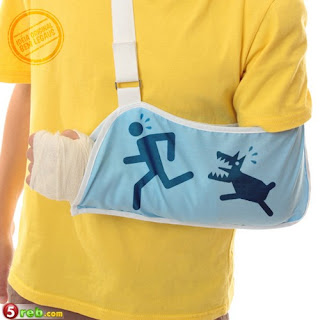 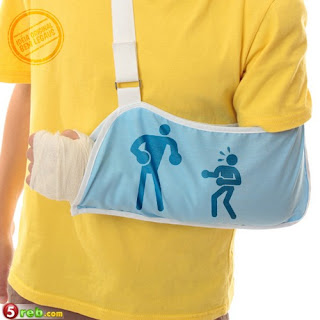 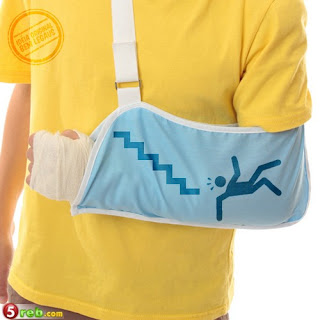 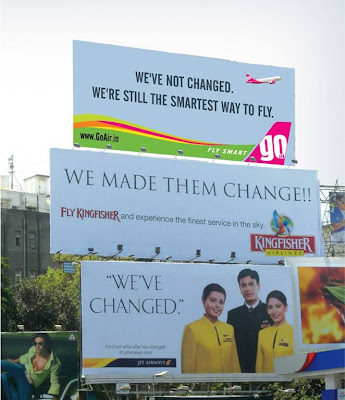 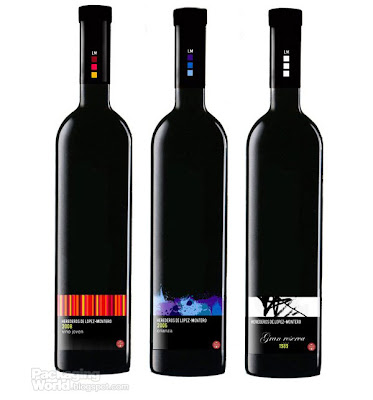 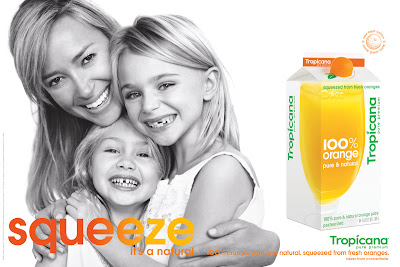 Brand: Tropicana Pure Premium Fruit Juices
Agency: Arnell Group
Review Date: January 09, 2009
I'm torn over Arnell's "Squeeze" campaign for Tropicana. The name does immediately bring freshly squeezed orange juice to mind, and the "It's a natural" tag deftly suggests the 100 percent pure premium nature of the brand. The new carton's also pretty snappy.
My problem: The over-bright, sugary sweetness of the visuals. They're straight outta Mad Men-era chirpy-family sitcoms like Leave It to Beaver or Make Room for Daddy. Such idealized families were Hollywood inventions, even when Ike and JFK sat in the Oval Office.
We all know families fight like cats and dogs at the breakfast table; bratty brothers are lucky to survive. 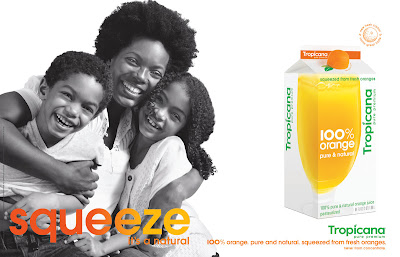 Tropicana's perfectly posed A.M.-hugs imagery turns my disposition a tad sour. Ah well, it's a fine line between sweet and sappy -- and 100 percent purely a matter of personal taste. 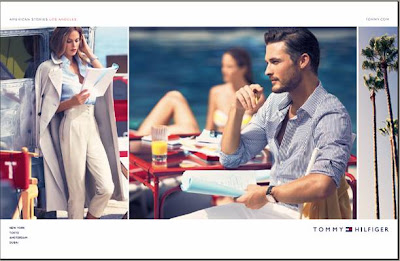 Brand: Tommy Hilfiger Apparel
Agency: In-House
Review Date: February 10, 2009
Tommy Hilfiger strives to tell "American Stories" in a new global print, out-of-home and online campaign produced via its in-house creative team in tandem with Radical Media.
The work is high-concept in that it seeks to present a "cinematic treatment of iconic American cities," so, starting with Los Angeles, the nation's film capital, makes sense.
The oddly bland executions, unfortunately, should have been left on the cutting-room floor, as the spirit of L.A. is missing entirely, and the work looks as if it could have been shot almost anywhere.
Cliches of the Hollywood scene -- like a movie location trailer and actors holding scripts -- might not even be immediately recognizable as such to consumers quickly flipping through the pages of magazines. Another take in a new setting is sorely needed. Here's hoping Tommy's act plays better on Broadway.
at March 20, 2009 No comments:

Can Am Spyder "Need" 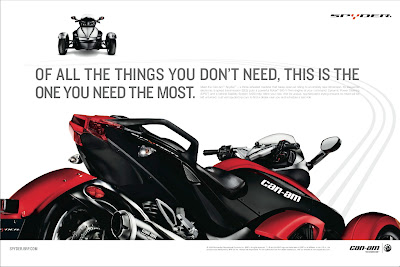 Brand: Spyder
Agency: Cramer-Krasselt
Review Date: March 18, 2009Yes,
ًWe're in a period of austerity. But people still want to indulge themselves in small or big ways, and they'll be receptive to ads that (in the right way) give them permission to do so.
This ad for Can Am's Spyder, via Cramer-Krasselt of Milwaukee, takes due note of the bad economy and people's current disinclination to buy things they don't need -- for instance, $16,000 three-wheeled recreational roadsters. So, the brand doesn't come off as oblivious, as could easily happen these days with an ad that introduces such a conspicuously inessential product. But it's also true (as the ad suggests) that people have in their heads a hierarchy of the unnecessary items they want - some of which people may be prodded into regarding as items they almost need. The ad's mixture of brashness and realism wouldn't work for every product, but it seems in sync with the self-image of the people most likely to buy these things. I suspect those consumers will enjoy the implication that they remain undaunted while other consumers are running scared.
Whether this will motivate them to go out and actually spend thousands of dollars on a souped-up tricycle remains to be seen, but the ad will at least get them daydreaming about the possibility of doing so. --Mark Dolliver
at March 20, 2009 No comments:

Brand: VALSPAR PAINTS
Agency: Euro RSCG Worldwide
Review Date: March 17, 2009
Here's a campaign that's much more intriguing than watching paint dry. Rather than show freshly painted houses (or rooms inside houses), Euro RSCG in Chicago treats us to various natural entities dipped in vivid Valspar colors. In two different print iterations, we're shown a starfish dripping purple and peppers glazed with blazing red.
Agency and client deserve credit for thinking outside the can, as it were, and crafting some unexpected and compelling imagery in a category where the creative often lacks appeal.
That said, the central point seems muddled, as consumers might dismiss the artsy trappings and wonder instead how these hues would look on their living-room walls. And wags could complain that natural beauty is being perverted -- or creatures harmed -- just to keep the campaign's slim premise from growing thinner. --
at March 20, 2009 No comments:

Artist Phil Hansen paints a version of the Mona Lisa in burger grease, which makes viewing this spot much like watching a car wreck: you are revolted but you can't look away. Created for Arby's by Fletcher Martin, this online video is captivating. Each slimy stroke Hansen makes adds another line to the grease painting and you watch with skepticism as the form begins to take shape and the pile of used burgers grows. The Web address,burgergreaseart.com, sends viewers to the Arby's site touting its new "never fried, never greasy" Roast Burgers. But as non-greasy as those sandwiches may look on the site, the only thing I crave after watching this demo is a salad. --Eleftheria Parpis