It's great to see a print title trying new things in the digital space. Sweden is one of the most exciting creative hot-spots of the moment, and work like this proves that traditional media owners can still be innovative, given the right environment.

Previous Rockbjörnen award winners include legendary names from the music industry such as ABBA, Coldplay and Duffy, and Rockbjörnen Live is Aftonbladet's prize to the best live music of the year; celebrating festivals, concerts, artists and songs across eight categories.
Live-Löpet (or Live A-Board), saw a traditional newspaper develop a unique app to create an interactive digital live arena to present concerts from some of Scandinavia's hottest artists.
The artists performed live from the studios of Aftonbladet, and the performances were streamed live online at http://livelopet.aftonbladet.se/ and were accessible via unique fan access codes.
This digital concert format was designed as much as possible to replicate a traditional live recording. In order to secure a place in the audience, Aftonbaldet readers and music fans had to apply for tickets. Ticket holders were assigned a "seat". Just like at a regular concert, the audience could interact with one another, and the artist "on stage". 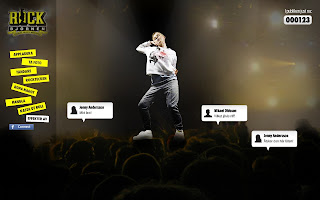 By pressing buttons on the Flash app users could applaud for an encore, take pictures to share via Facebook or email or call out to the artist or friends in the virtual arena. Concertgoers could see what their Facebook friends were up to during the concert. The artists could interact with fans through cues received on a large screen placed back in the studio.
Each of the seven concerts had capacity to entertain 20,000 fans, of which 8,000 were VIP tickets, which allowed viewers to see the concerts in HD. Concert tickets could be sent and posted on Facebook to invite friends along to the gig.
A series of video-enabled Aftonbladet headline A-Boards were placed around Sweden announcing the concerts, complete with countdowns to the event. These boards also screened the actual concerts.
Live-Löpet featured appearances by Mando Diao, Robyn, The Ark, Eric Saade, Salem Al Fakir, Ola and Anna Bergendahl. Samuel Giers, drummer, Mando Diao said: "This is definitely a move in the right direction and it's so cool to be a part of Live-Löpet. We have a lot of international fans and many of them can't get to our ordinary concerts, so this format suits us very well."
Nils Franchell, communications director, Aftonbladet said: "The Rockbjörnen Music Awards has been an institution in Sweden since its launch in 1979. Over the last decade we have seen massive shifts in the way people consume and enjoy music. CD sales have taken a hammering and digital music has become inextricably woven into the fabric of our lives. We asked: what is the relevance of our awards in an environment where our customers have already changed their buying behaviour?" 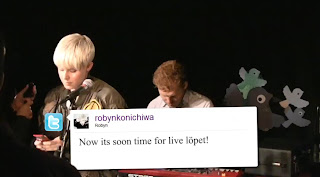 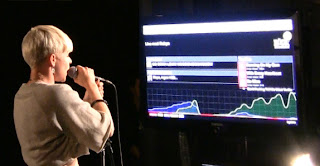 "We thought, given the massive shifts towards online buying, that the Rockbjornen Awards should reflect how people are enjoying their music right now rather than a retrospective look at last year's sales of CDs to decide who the winners are. So we shifted the timing of our awards from the traditional "awards season" in February/March to catch the end of the festival season just after the Summer and put the focus on awarding the best "live" performances."
"The technical mechanics of putting 20,000 people in a small room is something we could not have done without the guys from Prime. What they have produced, as people will see for themselves, is an experience that is amazing, just like actually being at a concert with one of these music stars."