My email client’s default setting is not to display images unless I choose to show them. So what that means to you ?


This how i see your communications.... 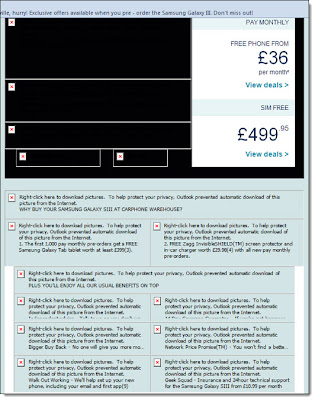 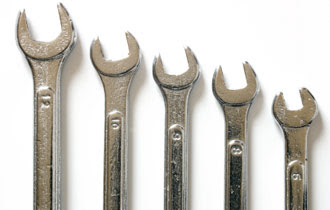 Online brand-building enables  to reach beyond the people  can connect with in person and allows  to measure the impact of your actions. Since online personal-branding efforts are easier to track and measure, you can see how your brand pervades the World Wide Web. Here are five easy-to-use Web tools to help you get a handle on how powerful and prevalent your virtual personal brand is.

Google Alerts notifies you via email when your name shows up on the Web, and it provides links to the reference sites so you can see exactly what's being said.

TweetBeep is like Google Alerts for Twitter. It enables you to track Twitter conversations that mention you, providing hourly updates so you can stay connected to and respond to relevant conversations. You can also track who's tweeting your website or blog.

Tto measure the strength of one's online reputation. In doing research for our book, Career Distinction: Stand Out by Building Your Brand, Kirsten Dixson and I learned that when people google someone, they judge the results based on two factors: volume and relevance.

The Online ID Calculator will give you a basic understanding of your current online ID. If you use it before and after a major online personal-branding campaign, you can see how the campaign affected your score.

This is a great service for tracking the links that you include in your Web-based articles, blog, and Twitter posts. It's helpful because it shortens standard URLs, but its true value lies in its tracking tools.

With Bit.ly, you're able to see in real time how often your links are clicked, helping you understand the relative popularity of the items you post. It's a great way to measure which sources are most popular (use different bit.ly links for your blog and Twitter posts, for example) and which posts and links generate the greatest interest.

This is a useful tool that provides a comprehensive snapshot of how your brand shows up across many online search engines, including video search engines. Type your name in quotes (e.g., "william arruda") and see a custom page created just for you, with input from Google, Twitter, Bing, FriendFeed, Twingly, YouTube, Digg, Flickr, Delicious, Bloglines, Truveo, Wikio, Yahoo, Technorati, etc. You can also use Addictomatic to get a picture of what's happening on the Web in your area of expertise.

Email ThisBlogThis!Share to TwitterShare to FacebookShare to Pinterest
Labels: Marketing-Measurement

What People Watched the Week of Aug. 17

NEW YORK (AdAge.com) -- As they have for the past several weeks, Evian with its roller-skating babies and Microsoft with its gigantic waterslide continue to battle it out for the No. 1 spot on the Viral Video Chart. Both campaigns have started to lose momentum, but they both racked up enough views in the past week to give them more than double the next-closest video, which happens to also be a Microsoft one (the Project Natal trailer, which has lingered on the chart since its debut at E3 in early June).

A terrifying -- and thrilling -- five-minute video of stunt cyclist Danny MacAskill jumping fences and off of roofs in Edinburgh, Scotland, is the week's fourth-most-watched piece. The video, which actually launched in April and has since racked up almost 10 million views, has received a bit of attention of late, including in Ad Age, helping to boost it onto the chart. It's lightly branded by Inspired Bicycles -- so lightly, in fact, that Visible Measures, which collects and analyzes the data we show here, just recently classified it as "branded" -- a prerequisite for making this chart.

Meanwhile, Office Max reprised its "Penny Pranks" campaign, in which it records, via hidden cameras, the reactions of sellers when its actors try to pay for high-ticket items in pennies. The company launched the campaign last year with comedian Matt McCarthy doing the buying; this year he's joined by a 10-year-old "billionaire sidekick." The push, which also includes TV and radio, is meant to promote the office-supply chain's 1-cent deals on supplies such as rulers, crayons and notebooks.

A simple tool that tells you rapidly what people are saying about your brand in the form of moveable widgets. Addictomatic is basically exhaustive, by offering Twitter, Friendfeed, Bing News, Google blog search, Digg, Delicious, Technorati, Twingly, Delicious as sources, along with others. No identification is necessary, all you need to do is copy the URL of your search to your favorites to have access to it at all times.

This RSS feed, in competition with Netvibes, is very well known in the United States. It can be used to begin monitoring sources that you are interested in. Since recently, theBloglines portal is accessible via iPhone.

A little less known than the previous ones, this tool specializes in the monitoring of forums. Boardtracker currently follows more than 66 million topics on more than 37,000 forums. The site mostly monitors English speaking forums.

Commentful is a service that monitors comments left on blogs, Diggs, Flickr photos and other places. After the (free) signing up and set-up, Commentful sends you a notification for every new comment.

The lesser known cousin of Twitter also has an internal search engine. Friendfeed Searchis potentially more interesting than Twitter, as not only does it retrieve text, but also generated content such as photos and videos (and other content) posted by users.

Google Alerts is an essential program for anyone following a brand or company’s occurrences on the Internet. Simple and easy to use and usually relevant, it has evolved a lot over the past year, as you now have the option of transforming the alerts into RSS feeds (which can be integrated in a feed aggregator). A very interesting option when dealing with mailboxes filled over capacity.

How Sociable isn’t a monitoring tool in the classic sense, it is a tool that takes note of your visibility on social networks. You can have your Google Blog Posts score, Twitter score, Flickr score, YouTube, Myspace and etc. on the same page. This tool could be useful in the long run to determine the impact of your actions on social networks.

Icerocket is above all a search engine that specializes in the indexing of blogs, using the "fresh links" concept to identify en vogue topics. It also offers a search module for MySpace, making it the only one of these tools that does so.

As its name suggests, Keotag allows you to make a search based on contents tags. One you have chosen the tag, Keotag lets you choose which websites you want to search. The classics are among the choices: Google, Twitter, Technorati, Reddit, Digg and others. All the results are then posted on the same page.

MonitorThis, like Addictomatic, incorporates the results of 26 different search engines on the same pages. We do however notice, a lack of pertinence in regards to the language of the results. For example, when one searches "iPhone", 2 of the first 5 URLs are Japanese...

With an interface purposely similar to Google’s, Samepoint primarily indexes content on social media. The site sets itself apart from others thank to its results page. Though it may be dense, it offers some very pertinent functions, such as the being able to translate content, tweet the results, follow indexed Twitter accounts and subscribe to the RSS flux.

More than just a buzz monitoring to be used for a brand or sector, Surchur shows the current discussions underway online by the big players such as Yahoo Buzz, CNN Topics, Google Trends, Twitter Search trends topics, and Technorati Popular. With these sources, you are bound to be in the heart of the action almost immediately.

Probably the most well known search engine dedicated to blogs, Technorati also offers its famous rank, as well as its note of authority. These both go to show the influence of the source. You can also search for videos and photos contained in the referenced articles.

Tinker’s main purpose is to index Twitter statuses as well as other content generated on social media (the sources are not pointed out.) You can begin after signing up, after which you can choose a keyword. You are alerted every time the keyword comes up. You can also export a widget that corresponds with the results of your search.

Besides for being one of Twitter’s most popular desktop clients, Tweetdeck allows for the creation of groups within the users you are following. In the spirit of monitoring, you can simply search among the tweets and find out live what people are saying about your brand.

The Twitter search engine is a very simple tool for those wanting to monitor a brand’s reputation on Twitter. No signing up is necessary, its a tool that can’t be done without.

Soon, UberVu will make it possible to respond to comments generated on Friendfeed, Digg, Picasa, Twitter and Flickr on the same platform. If you add the probable transparency of Facebook statuses, this tool could become the lethal weapon of community managers, as it would compile all conversations on social media in one place. There is even an API...

All the professionals that monitor a large brand know the extent to which the Wikipedia community authors and editors are fast at updating information. As its name suggests,WikiAlarm allows you to be notified every time the page you have marked gets updated.

The Yahoo! Twitter client closely resembles Tweetdeck. Although you can’t tweet from Sideline, you can do your searches over the long terms, and the search parameters ofSideline are more precise than those of Tweetdeck. You can search for precise phrases, and can even appreciate the polarity of tweets by interpreting the smiley faces!