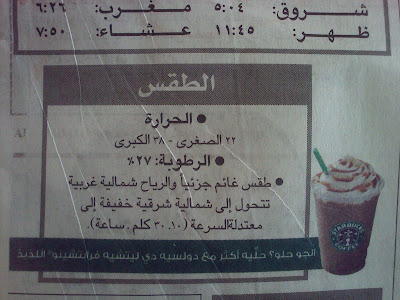 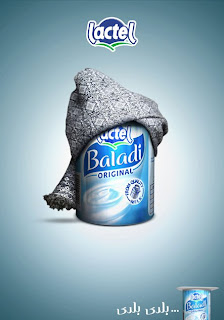 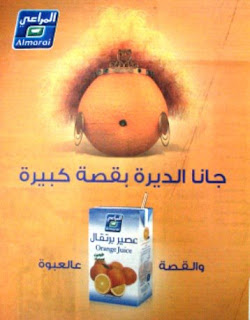 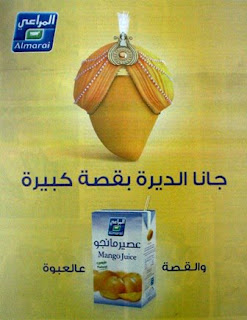 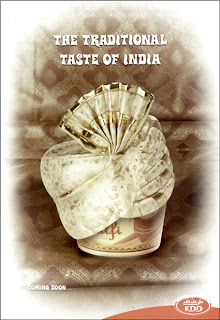 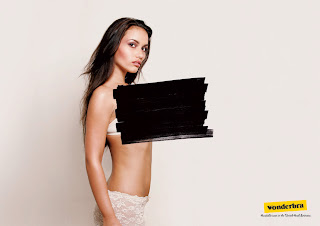 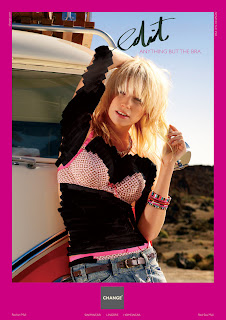 An Advertising Parable For The Holidays

Truth In Advertising - Spoof on Truth?

When I Grow Up I Wanna Work in Advertising

Polaroid:::brand that part of our language

Truly iconic global brands are those that embed themselves in popular culture. They are the brands that become part of our language, such as “Please FedEx that package”
or “I need a Xerox of this page”—phrases, by the way, that give trademark attorneys fits because they turn valuable brand names into generic throwaways. The maker of Aspirin, a medicine trademarked in 1899, could do little to protect its trade name once it became a widely accepted generic term.

One of those iconic brands is Polaroid. Inextricably linked with instant photography, “a Polaroid” can be thought of as both instant camera and instant film. The Polaroid brand was born in 1948 and quickly became a symbol of a generation that craved instant gratification. They got it with Polaroid, first through a photo that emerged from a secretive sandwich that needed to be pulled apart and waved (almost like a magic wand) until the photo mysteriously appeared. Later, with product improvements, the photo simply emerged from the camera and began developing right before the consumer’s eyes.
Polaroid was a genuine American technology success story. Physicist-inventor Dr. Edwin Land conceived the one-step process for developing and printing photos that became known as instant photography. Rob Walker of The New York Times calls Land “a Harvard dropout who attained a Steve Jobsian cultural status as an innovator-businessman. By the time his company began selling its first instant-photo camera in 1948, Land had already applied his discoveries in the realm of light polarization to a variety of products, including sunglasses, film and lighting” (“Consumed: Photo Finish,” March 16, 2008). 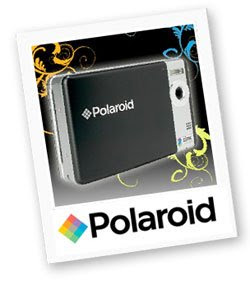 Polaroid was a strident protector of both its trademark and its patents. The company won a patent suit against Kodak in 1985 and effectively put Kodak out of the instant photography business, virtually guaranteeing a Polaroid monopoly. Polaroid’s instant-photo technology was so good that it went far beyond the consumer market. The film became valuable to artists, graphic designers and in medical imaging applications.
But in February 2008, Polaroid as a film technology succumbed to an inevitable fate. The company shut down its film manufacturing operations and effectively closed the door on Polaroid instant photography. The reason, of course, was the advent of a whole different kind of “instant”—digital photography. Not surprisingly, digital photography has wreaked havoc on other traditional camera and film makers such as Kodak (another iconic brand that has become a shell of its previous self).
Now here’s the interesting part of the Polaroid brand story: The brand simply refuses to die.
Polaroid is attempting to reinvent itself as a digital company. After going bankrupt and being acquired by Petters Group Worldwide, a company that itself is involved in a messy bankruptcy, Polaroid still managed to introduce the Polaroid PoGo in early 2009. The PoGo is the first digital camera with a built-in printer. It allows the user to preview digital photos and then print out selected ones instantly. Ironically, the printer uses another company’s technology (ZINK Imaging) to print the photos on a special paper embedded with color, so no inks are required. The product is scheduled for Spring 2009 availability.
But that’s only part of Polaroid’s reinvention. When Polaroid announced it was discontinuing its instant film, Save Polaroid, a grassroots group, began an effort to keep the film in production. Remarkably, in January 2009, an Austrian businessman, Florian Kaps, started “The Impossible Project” to make a Polaroid-like film available once again to people who still own Polaroid cameras. The name for Kaps’ risky project comes from something Polaroid inventor Edwin Land once said: “Don’t undertake a project unless it is manifestly important and nearly impossible.”
Kaps seems to have the passion to make the impossible possible. He founded Polanoid.net, a web-based gallery of Polaroid photography that is the world’s largest, and he has hired former Polaroid employees to create the magic all over again. Here is how Kaps describes the plan on his website:
Impossible b.v. has been founded with the concrete aim to re-invent and re-start production of analog INTEGRAL FILM for vintage Polaroid cameras…
The Impossible mission is NOT to re-build Polaroid Integral film but (with the help of strategic partners) to develop a new product with new characteristics, consisting of new optimised components, produced with a streamlined modern setup. An innovative and fresh analog material, sold under a new brand name that perfectly will match the global re-positioning of Integral Films.
It’s essentially Polaroid film, without the Polaroid name.
To make matters even more intriguing, in late January 2009, a Luxembourg-based private equity firm bid US$ 42 million for the assets of Polaroid. (Polaroid was acquired by Petters Group Worldwide in 2005 for US$ 426 million.) The connection? The private equity firm also invests in ZINK Imaging, the company that makes the paper used in the Polaroid PoGo referenced earlier.
But in April 2009, the intellectual property and brand name of Polaroid were acquired by a US-Canadian joint venture for US$ 86 million. This is the same group that has acquired other bankrupt brands, including Linens ’N Things and Sharper Image. The group plans to market and license the Polaroid brand name globally.
So now an iconic American brand, or what’s left of it, will be reinvented as…who knows what? It’s anybody’s guess if the new Polaroid brand will be an instant success.
at May 04, 2009 No comments: 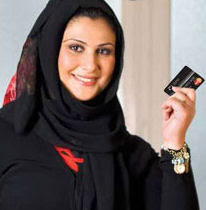 “Muslim women and their money are protected by the dogmas of Islam, wherein they have the right to spend their finances in whatever way they wanted to.”

Recent studies and work by scholars has uncovered surprising similarities between American women and Arabia women when one looks at their influence over household spending and consumption,"shopping"
“Contrary to stereotyped beliefs, Arabia women have control of their own money,” opens the article by two professors from Zayed University in Abu Dhabi titled “Financial empowerment of Women in the United Arab Emirates,” published in 2008 in the Journal of Middle East Women’s Studies.
The article continues: “[Women] have the right to spend their money in any way they see fit, even to contribute to the running of the household if they desire to do so. They may own property in their own name and invest or spend their own money as they choose.”
The article also summarizes the results of a series of focus groups with women in the UAE, a study that showed 79% of women managed their own money. The study also showed that 95%agree that religion influences how they spend their money, 66 percent think money brings them happiness and just over half, 53%, believe husbands and wives should share their money.
Additionally, it notes that men are the ones who pay household bills, but that they do not have control over what’s considered “conjugal” money.

It’s easy to see how not understanding this reality could lead many brands astray in messaging. Consider a hypothetical: A campaign aimed directly at men that subtly implies a woman must get permission from her husband to buy product X or Y? Disastrous. This is the one indisputable area of autonomy for many Middle Eastern women. A brand that fails to talk directly to women would not win any points or make any gains in building brand equity for failing to recognize and affirm this authoring.
Granted, this autonomy as consumers still doesn’t equate to parity with Western women in other economic endeavors. For instance, according to a recent study by the Arab Council of Businesswomen, a gender gap in business ownership persists in the region, with only 14 percent of business establishments in the region owned by women, compared to the US and Europe, where women own 30 percent of businesses.
Even so, Middle Eastern women wield enormous influence over spending, and marketers who don’t recognize this and integrate that truth into messaging, branding initiatives and campaigns do so at their own peril.
Female consumers in the region can also play powerful roles in boycotts of Western brands, according to Aseel Sawalha, a professor of anthropology at Pace University and an expert on the Middle East.
Sawalha shared her observation of street protests and women’s groups that organized boycotts against Danish products and brands in Jordan after the 2005 publication in a Danish newspaper of images of the Prophet Muhammad.
“It’s the women who were organizing, the women who were protesting against Danish products,” she recalled.
She noticed that in many retail stores, proprietors took great pains to make sure to address women shoppers, noting they were meeting consumer demands for the boycott. “Signs would say, lady, or madam, we boycott the Danish,” she said. “It was pretty clear women were in charge from a consumption standpoint.”
So what does that mean for Western brands eager to tap into this market?
“It’s the women who make the decisions about how to spend household money,” she said. “It’s the woman who decides what they are going to cook tomorrow. Even if they are not working, they are the ones who make the shopping lists and do the shopping.”
For marketers, it naturally follows that all brand communications must recognize this power.

After all, considering women in the region lack empowerment in other economic endeavors, undermining women’s power as consumers is misguided, to say the least.
Granted, women in the Middle East are far from monolithic. Data from the World Economic Forum on the global gender gap puts Egypt at the bottom of the list among Middle Eastern countries. Even so, women in the Middle East are making gains, albeit incremental ones, and many economic development studies have cited the continued suppression of women in the workforce and education as a deterrent to economic growth for the entire region.
In a different world, women in the region would already enjoy parity with their male counterparts in employment, education, pay and social freedoms. And empowering women as consumers surely isn’t the path to full-fledged independence. But failing to recognize and affirm this power is a surefire recipe for backlash. This is a consumer demographic that demands respect and the recognition of its autonomy and power.
at May 04, 2009 No comments: