Singapore Tourism Board :::MAD in Singapore 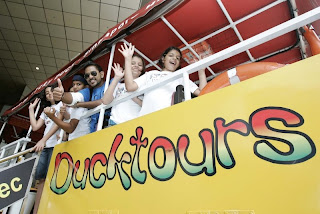 Six half hour episodes were created, following the kids' adventure-laced journeys. Each show promoted a different aspect of the island city. The episodes aired every Sunday morning throughout May-June, with midweek repeats.
The programme reached 1.3 million children on average each episode. Research following the campaign revealed that 1 in 3 families were pestered by their child to take the family to Singapore.
Actual travel to Singapore converted to an overall 9% year over year increase versus the previous summer. 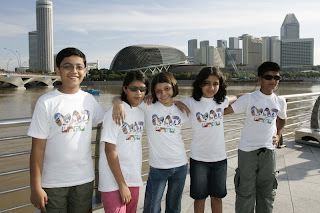 Email ThisBlogThis!Share to TwitterShare to FacebookShare to Pinterest
Labels: Travel/Airlines


The American Express Card was struggling to maintain its uniqueness in a flooded credit card category. Its competitors were also beginning to target a more affluent customer – Amex’s traditional target. American Express needed to differentiate itself and establish new relevance with today’s consumers in sensitive economic times.
Amex decided that what made it unique was the community of card members, which it decided to activate to make ‘the value of belonging’ central to American Express’s core value proposition.
Digitas identified a strong “sense of purpose and moral integrity” among American Express Card-members. Members Project had launched in 2007 to allow Amex cardholders to channel donations to specific charitably causes. MP ’08 saw those who participated the previous year contacted at a grassroots level and then activated via social media. 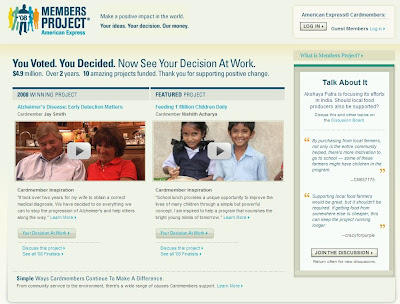 They were invited to submit their project ideas and use a wide range of promotional tools, including Facebook pages, project widgets, HTML emails, IM techniques and video to rally support for their favourite projects.
Having submitted their cause ideas they were hosted on a powerful Web 2.0 platform and voting was encouraged by the project owners themselves, promoting their entries and buoyed by paid media tied to milestone voting dates. The winning causes received up to $2.5m from American Express. 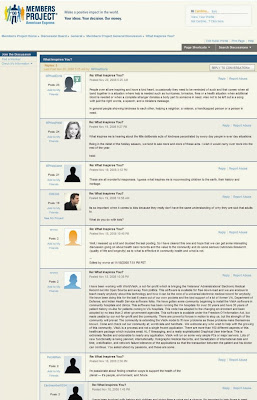 The social and self-promotional elements of the communications strategy increased organic visitation and engagement with MembersProject.com over 500% from previous year. Participants in MP ’08 were also more than 5 times as likely to socially promote the program compared to previous American Express marketing efforts that did not contain an appeal to the collective power of Membership.
at April 18, 2009 No comments: 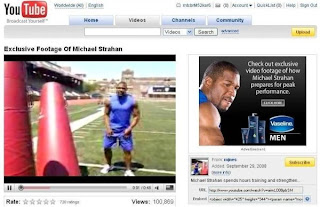 
When Vaseline launched its men’s range of hand and body lotion, it wanted to raise awareness about the product and ensure that men connected the dots between skin health and body health.

The idea was that Vaseline Men helped fortify men’s skin to help it perform more efficiently.
The target audience was an average guy in his mid-30s with a family who used lotion every so often. He loves sports and is picky about his media usage. 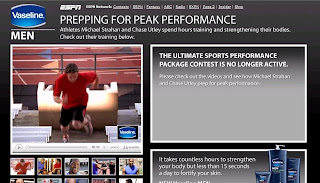 Vaseline's main challenge was to differentiate Vaseline’s sports theme from other brands such as Gillette and Gatorade..
Vaseline chose athletes as brand ambassadors whose sports seasons were peaking during the Q4 launch: baseball and football.
The campaign idea was “15 seconds a Day to Stronger Skin”.
Athletes spend countless hours practicing their sports and preparing their bodies to deliver strong performance. But it only takes them 15 seconds a day to strengthen their skin.
Vaseline partnered with ESPN and worked across TV, radio, digital and print to create content featuring New York Giant’s football star Michael Strahan and Philadelphia Phillies baseball champion Chase Utley.
Not only were there TV vignettes about the sportsmen’s off-field regime, but there was also a digital hub and radio sponsorship of ESPN’s top-rated radio broadcast. There were also advertorials in ESPN magazine with a Vaseline ad on opposite page. 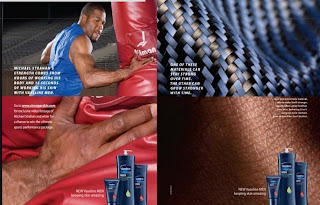 Additionally, content was delivered beyond ESPN properties to a broader audience with a homepage takeover of both YouTube and AOL, as well as Broadband Enterprise, and NFL.com. This was the first time ESPN created non co-branded content and allowed it to be syndicated across multiple channels.
As a result, Vaseline Men ended the year 40% ahead of the share target. The 24.5oz (lead product) was in the top 3 selling Unilever variants for 12 straight weeks at WalMart, making it one of Vaseline's most successful launches.
at April 18, 2009 No comments: 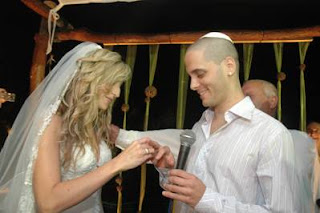 
Setting up a new home is an expensive business and it’s top of mind when young couples get married.
Ha’Poalim Mortgage Bank identified weddings as a key moment in which to reach out to this potential target market.
It created a special product designed to appeal to newlyweds, offering a competitive rate, the ability to take a payment holiday and no penalties for early redemption.
The bank then sent out dozens of representatives to weddings across the country to spread the joyful news. 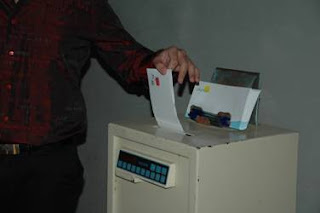 Taking advantage of the tradition of putting cash or cheques in envelopes into gift boxes, it posted a congratulations card, an Ikea gift voucher and an invitation to meet with the Ha’Poalim mortgage team to discuss the special mortgage package.
On the evening of the wedding when families were noting the generosity of family and friends they would discover the gift from Ha’Poalim as well as a personally signed card from their representative wishing them future happiness.


For eight weeks representatives targeted hundreds of weddings in the Tel Aviv area on Thursdays – the traditional day for weddings.
Twenty-five percent of the couples approached called to set up a meeting, and many more came into bank branches. Ha’Poalim will be targeting weddings again in 2009.
at April 18, 2009 No comments: 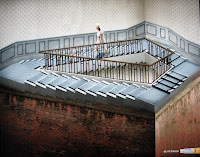 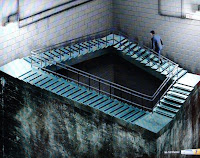 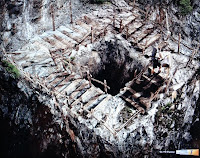