On the night of the October 21st the Real Madrid played Champions League match against AC Milan. Heineken convinced several university professors, girlfriends, and several bosses to convince their students, boyfriends and employees to go to a concert on that night. All of them couldn't say no and had to go to the classical concert.
Advertising Agency: JWT Milan, Italy
Executive Creative Director: Pietro Maestri
Creative Director: Bruno Bertelli
Art Director: Marco ViganòCopywriter: Cristiano Tonnarelli
Duration : 21 October 2009
at March 18, 2010 No comments:

Hymen gel|A lubricant for women above 40

Hymen gel, it is a vaginal tightening gel for women above 40.


Well, 40 can be an intriguingly challenging age for many a women, who desperately try to maintain the bygone glory. Sex plays an important role in any married relationship, if not a pivotal one.

Email ThisBlogThis!Share to TwitterShare to FacebookShare to Pinterest
Labels: Marketing-Woman

When they use AIDS to sell fashion

So, it is not so fashionable. This so called fashionable chic is announcing all the winnable models that “We’re all potential carriers.” Well, we don’t have a problem with Kenneth Cole, if they are uncovering the beauty of models bodily geographies. But, this seemingly different and harmless statement is in a way insulting to the AIDS patients and awareness campaigns. By saying such a statement, they are downplaying the gravity of the disease and the importance of the advertising efforts surrounding it.

This intentionally helpless chick is being overpowered by a gang of men in a fashionable way. This Dolce & Gabanna ad raised many eyebrows as it showed violence against woman.
The problem here is not nudity, but the glorification of violence and rape for the sake of commercial gain.

Another ‘rape-friendly’ example for disgusting advertising from Italy’s Relish brand for their S/S 09 ad campaign.


This will happen, if condoms are flavored

I checked the news archives. I have not found anything related to PETA with this advertising effort for Deutsch Magazine. PETA should legally revenge the advertisers for forcing this young, brave dog to suffer something fishy.
The lifestyle magazine is claiming that it shows a new lifestyle.


When TV sponsors the childhood

Popout
This little girl in this commercial is dancing like a shameless, hot pole dancer for a few moments. The eyes, movements and body language reflect some kind of frighteningly odd sensuous invitation that is not expected from a little girl. This ad, as part of Don’t Let Your Child Be Educated by TV social campaign (Romania), tries to convey a good message. But, the ‘sexification’ of a child, for whatever means, is condemnable.

PETA and this Playboy cover girl have created a big controversy by their stupid pornographic bravado.
Look at this ad. Two innocent souls are staring at you. (well, if you have only noticed one, change your negative attitude). This is Joanna Krupa, the playboy beauty who has been eliminated from dancing with the stars.
PETA features her as an angel, with a digital halo wings and a rosary in her right hand. The problem is that we won’t want any topless angels to come during our prayers.

Tackling a large-bottomed woman may require will power and persistence from the part of a man. But does it mean that you need Dutch courage to approach a woman? This ad for ‘Courage’ beer shows a nervous-looking man staring helplessly at a large-bottomed woman. TAKE COURAGE MY FRIEND- The ad urges the man with an insulting tone.
Anyway, the advertising standards authority banned the ad as it implied beer could give the man confidence either to make negative comments about the woman, or to take advantage of her.

We do not expect symbolic presentation of blow job from Burger King, which is supposedly a brand mainly associated with families. But, it often courts controversy and breaks the line. Look what they have done here. A mouthful of obscenity.

This poster for the movie ‘’Rules of Attraction’’ was banned in America. The poster features stuffed animals in…well, compromising positions.

This print advertisement for promoting designer handbags which was appeared in Vogue magazine was banned by ASA. The ad shows a couple doing some hanky-panky in a bathroom while another nearly-nude lady pictures this adventure in a camera.
at March 18, 2010 No comments:

Tropicana translated its 'brighter mornings' brand promise so literally with this campaign.


Juice brand Tropicana wanted to highlight the fact that it played an important role in the morning ritual of millions of Canadians, to coincide with the launch of its newest juice, Tropicana Essentials, with added calcium and vitamin D.
The brand wanted to elevate its role beyond simply being a brand of orange juice and increase loyalty amongst its consumers and become Canada's National Provider of Brighter Mornings.
In order to do this, Tropicana spent a month in Inuvik, one of the country's northernmost towns, during the coldest and darkest days of the winter. The 3,500 residents of the Arctic town in the Northwest Territories live without a sunrise for several weeks every winter. Tropicana literally brought a brighter morning to Inuvik with a giant artificial sun that emitted 100,000 lumens of light. A team of Canadian filmmakers captured the raising of the 'sun' in Inuvik for a series of documentary-style commercials.
The lights were affixed to a 36-foot wide helium balloon which then rose and illuminated the town. The Tropicana Brand's 'sunrise' coincided with Inuvik's annual Sunrise Festival, which celebrates the return of sunlight after weeks of relative darkness.
The brand also provided 1,200 free cartons of Tropicana Pure Premium Orange Juice - one for every household in the community.  The Tropicana team also worked with local leaders to identify community-based breakfast and nutrition programs in need of financial support. Contributions were then made to Sir Alexander Mackenzie School, Tot Spot Daycare and the Inuvik Food Bank.
In addition to TV advertising, the campaign features blogged commentary and behind-the-scenes imagery from Inuvik to provide a catalyst for conversation on a new Tropicana Brighter Mornings Facebook page. 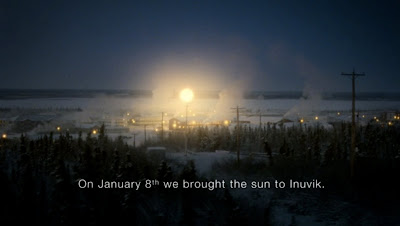 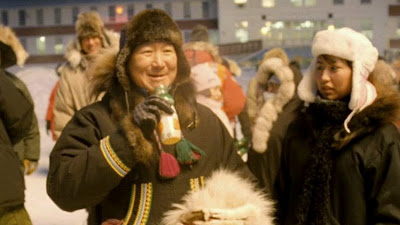 Email ThisBlogThis!Share to TwitterShare to FacebookShare to Pinterest
Labels: Beverage

Skittles | brand with no senses 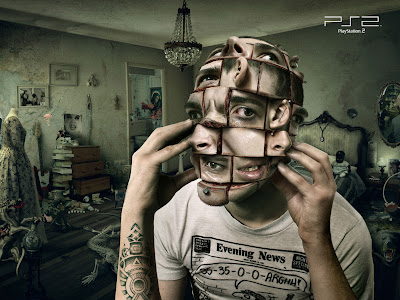 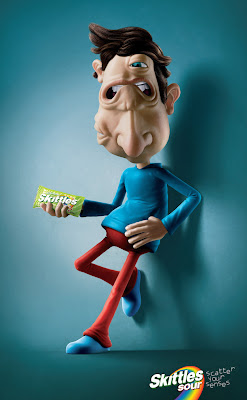 A total of 1364 entries from 16 countries have been submitted to this year’s Dubai International Advertising Festival, which kicks-off on Sunday. Dubai Lynx is the largest awards show celebrating creative excellence in MENA’s advertising and communications industry and the Festival will be attended by over 1000 delegates this year.
Entries have been submitted in 10 categories: TV/Cinema (159 entries), Print (300), Outdoor (233), Direct & Sales Promotion (94), Media (230), Radio (50), Interactive (83), Integrated (39), and the new TV/Cinema Craft (35) and Print Craft (141) categories. The entries will be judged by top international industry experts who will convene in Dubai at the weekend.
The top country participating is the UAE with 847 entries, followed by Lebanon with 142, Egypt on 124 entries, Saudi Arabia with 66 and Kuwait with 57.
“Honouring the best work and providing inspiration and motivation is paramount to agencies and their clients, especially during such an economic downturn. Despite an inevitable drop in the overall number of entries, we are delighted to still see growth in the Media category, a good start to the new Craft categories as well as a record number of attendees at the Festival,” said Philip Thomas, CEO of Cannes Lions, organisers of the event. “Dubai Lynx continues to be the largest awards in the region, the most sought after trophy to win and the premier industry event to attend.”
The winners will be announced and honoured during the Dubai Lynx awards ceremony and dinner held during the evening of Wednesday 17 March at The Palladium in Dubai, attended by 1,300 industry peers.
Other awards to be revealed during the Awards Ceremony are: Agency of the Year, Media Agency of the Year and the new Network of the Year. Saudi Telecom Company will be honoured with the 2010 Advertiser of the Year and Ramzi Raad, Chairman & CEO of TBWA\RAAD Middle East, will be presented with the prestigious 2010 Dubai Lynx Advertising Person of the Year Award.
To attend the Dubai International Advertising Festival or the Dubai Lynx awards ceremony and dinner, please register online at www.dubailynx.com.
at March 18, 2010 No comments: