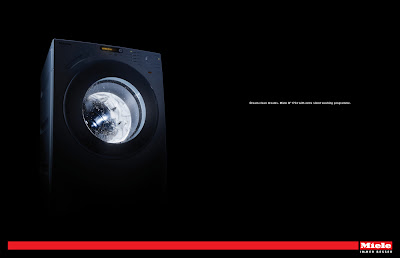 Soup is a product you probably don’t lust for. Sure, a hot bowl of soup is nice after a chilly job of shoveling snow out of the driveway, but rarely is it more than an afterthought, or a quick prelude to a more interesting main course. If you are Campbell Soup Co., though, you DO spend a lot of time thinking about soup. And, as detailed by the Wall Street Journal, they want to understand YOUR hidden feelings about soup to improve their packaging:

Campbell’s marketers were stymied by several problems. First, consumers just didn’t think much about soup, making meaningful market research difficult. Furthermore, they found that traditional market research techniques like asking about ad recall and intent to purchase seemed to correlate poorly with actual buyer behavior. (That shouldn’t come as a shock to regular Neuromarketingreaders.) So, they turned to neuromarketing and biometric research:

By 2008 Mr. Woodard settled on the biometric tools combined with a different type of deep interview to more accurately gauge which consumer communications worked better. Campbell then hired Innerscope Research Inc., a Boston company that measures bodily responses, and other firms to help conduct research.
To be sure, neuromarketing techniques have their doubters. And biometrics tell only if a person reacted to something, not whether they liked or disliked something, and sample sizes tend to be small.
Carl Marci, an Innerscope founder, says his tools can’ t pinpoint what emotions a person feels. But if all the biological metrics move simultaneously in the same direction, the subject is likely to be emotionally engaging with something. [From The Wall Street Journal - The Emotional Quotient of Soup Shopping by Ilan Brat.]

Campbell knew that people actually had a warm emotional feeling about their products. (When you were sick or cold, your mother fed you soup, right? Maybe even Campbell’s soup.) But biometric monitoring showed that this warmth faded in the supermarket soup aisle when the consumer was confronted with a wall of nearly identical red and white cans. So, Campbell started evaluating a series of design changes while monitoring how consumers responded to them.
Based on their biometric testing, Campbell will soon begin rolling out new displays and packaging to try to connect better with customers’ emotions. Key characteristics are:
Hats off to the Wall Street Journal and reporter Ilan Brat for getting Campbell to go on record for this interesting story that documents the failure of traditional market research and how biometric techniques were used to make specific marketing changes. We hope there’s a follow-up story in a year or so to document the effects of the new displays and packaging.

Beginning this summer and into next year, consumers shopping at grocery stores will encounter a new experience in the soup isle. The Campbell Soup Co. has put the focus on selling more of its condensed soups in the U.S. by redefining the shopping experience, enhancing quality, offering healthier choices, refreshing packaging and launching new marketing initiatives.
The company spent months listening to consumers, photographing its various soups to visually define the ultimate comfort moment when a warm bowl of soup arrives on the kitchen table and rewriting its advertising and promotion. It employed New Age techniques like biometrics and ethnographics to measure consumer response to its soups, packaging and shopping experience and to go head-to-head against the simple meals category.
The result is a well-structured plan affecting more than 60% of the condensed soup line that will play out in soup isles at 24,000 grocery stores boosting a soup portfolio business that generated more than $1 billion in net sales in fiscal 2009.

"We are now in a position to reframe the way we compete in the broader simple meals category," Douglas R. Conant, Campbell’s President and CEO, said, in a release. "Our new marketing efforts will further position soup as a key part of a healthy, well-balanced simple meal and help consumers make more informed choices. We will build on the success of our high-margin, market-leading condensed soup franchise—enhancing its quality, making it healthier and increasing its relevance."
The familiar red and white colors on labels will remain, but changes to other visual elements will evoke a new and different way for consumers to think about Campbell’s condensed soup.  The shelving systems at national retailers will be redesigned.
New ads will position soup and dishes made with soup as a simple meal. The campaign will highlight the fact that soups are an affordable, tasty and nourishing alternative versus several other popular simple meals. It will also promote the fact that the vegetables in "its soup are grown on American farms.
The new initiative improves on substantial investment Campbell’s has made over the last several years that have helped increase net sales of U.S. soup every year since 2003.
at February 20, 2010 No comments: