Puma | How ambush marketing was taken to a new level at the Olympics?

Promoting at the Olympics is safely guarded. After all, the keys to sponsorships sell for more than a billion dollars every four years.
Outside of that, no shenanigans are permitted.

When the clearly-defined rules are tampered with, the IOC gets very angry. They impose steep sanctions on those who transgress.

Meanwhile, with marketing, the brilliance often occurs at the edges, the tiny, hidden grey area between what is allowed and what isn’t. It is in this small pocket, that guerilla marketers unlock fortunes.

This is why this story is so brilliant. 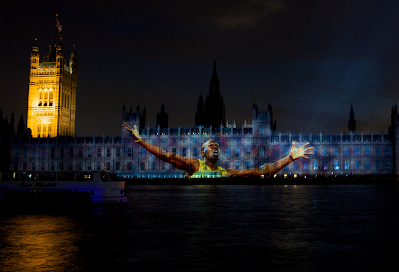 And at the time, he was heavily sponsored by Puma, who was paying Bolt $10M a year as his primary sponsor, making him the face of the company.

They needed to capitalize on the Rio Games to justify this investment. Running a mere minute-long commercial would cost millions. And they lacked the budget to become a full-blown Olympic sponsor.

They needed a workaround.

Usain Bolt flew across the finish line in 9.81 seconds, securing his gold medal.

He lifted his golden shoes high up in the air, striking his pose, and then took a lap around the stadium


It was all staged. 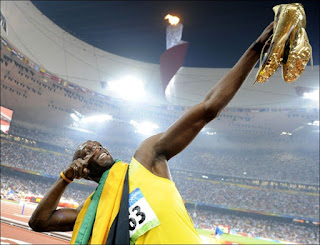 And as soon as he’d crossed the finish line, the marketing department at Puma kicked into high gear. It was 4 a.m. in their German offices. Their social media teams started carpet bombing social media with these images:

Notice this image doesn’t include a picture of Bolt or a reference to the Olympics. This was deliberate.
Here’s why

If you look at the actual footage from the race, he was wearing his gold shoes but they were modified: 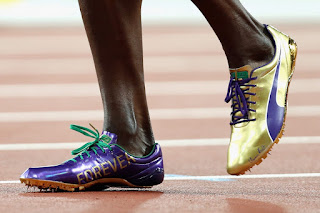 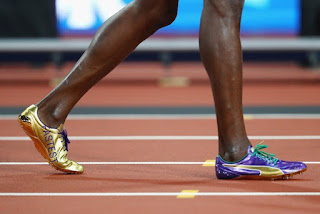 The Olympic Committee had strictly forbidden marketing slogans being displayed by athletes. This was enforced down to the most minute details. 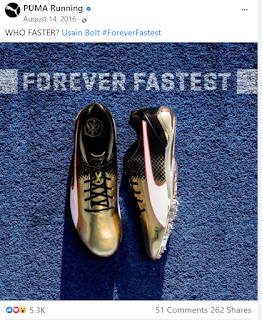 How Puma and Bolt Tricked EveryoneTechnically — they hadn’t broken the rules. At the time of his race, the phrase was not an official marketing slogan. It was just in the moments after that it became one.Additionally, and with a slight twist, the phrase on his shoes ‘forever fastest’ was simply a homage to Puma’s official slogan ‘forever faster’, which was named after Bolt in the months prior.Bolt and Puma planned beforehand that he would hold the gold shoes up while doing his pose to help them be seen on cameras.The inscribing on the insoles of his shoes was also deliberate. Bolt was zoomed in on more than any other athlete during the Olympics.There was an additional reason Puma didn’t reference the Olympics or medals when posting Bolt’s shoes: they didn’t need to.Everyone on the planet who was following the Olympics knew Bolt won his 100m when they saw these images. They knew exactly what Puma was talking about, without Puma having to be explicit.By circumventing the rules, they’d pulled off a monster free advertisement that would have easily cost them tens of millions to buy. In turn, it led to more than $50M increased sales of their product in the following months.Meanwhile, Nike was infuriated. They’d paid more than $100M to be the featured shoe brand of the Olympics. They threatened legal action in the aftermath, but when push came to shove, there was nothing more they could do.Following these Olympics, the IOC had to tweak the marketing rules yet again which, when it comes to ambush marketing, is the surest sign of a win.
at January 26, 2021